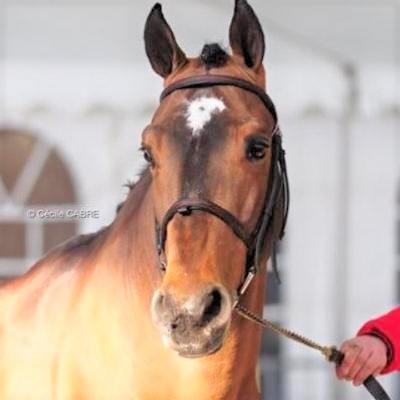 
Terms - €1250+VAT for three attempts with frozen semen, for one named mare in one breeding season. If the mare is certified not in foal by the end of September, €900+VAT will be refunded.

About - Flipper D'Elle is a smaller stallion but passes on his respect, strength and braveness to his offspring.

Sire - His sire, Double Espoir was a legend in Europe. He sired International jumpers such as Bayard d'Elle, Fidelio du Thot, Avec Espoir, and Apache d'Adriers. Double Espoir’s sire, Ibrahim, needs no introduction as one of the most influential foundation sires in breeding. His most famous son is Almé.

Damline - His dam Pavlova des Marais was by Jalisco B who is considered as the "Sire of Sires". His offspring include Quidam de Revel, Papillon Rouge, Quito de Baussy, Epsom Gesmeray, Olisco, Dollar du Murier, Rochet M to name a few. Pavlova herself was a great showjumping mare. She was a finalist at the French Young Jumper Championship in Fontainebleau as a 4YO and 6 YO. She produced 9 offspring including Double d’Elle (full brother of Flipper), Esperance d’Elle who produced the stallion Urano de Cartigny (Diamant de Semilly) and Hadji d’Elle (CSI winner).