A modern Fürstenball son with an outstanding walk 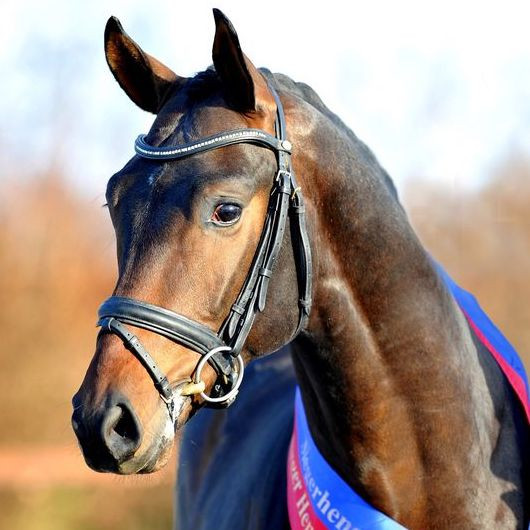 
Terms - €1000+VAT for unlimited attempts with chilled semen, for one named mare in one breeding season. If the mare is certified not in foal by the end of September, €700+VAT will be refunded.

About - Follow Me is a super young stallion with exceptional paces, particularly his walk, which is ground-covering and always correct. He has a quick, active hindleg that is always underneath him. With his beautiful type and dynamic, powerful, elastic and uphill gaits, he charms audiences and has recieved many standing ovations.

Performance - Follow Me was the very best colt in the 2012 Oldenburg licensing, from a crop of exceptionally strong movers. Follow Me also proved to be extremely rideable in his first performance tests under saddle.

Sire - Follow Me comes from Bundeschampion Fürstenball's first crop, and couldn't have done more than asked from him. Fürstenball is the most successful son of Fürst Heinrich, whose daughter Woodlander Farouche was double World Young Horse Champion and is unbeaten internationally. He competed to Inter I himself and was the sire of the 2016 Champion and Reserve Champion of the Oldenburg licensing, and has a total of 40 licensed sons.

Progeny - He has a licensed son, Finest Selection, from his first crop, and several premium foals. He is particularly suitable for mares carrying no Donnerhall blood as he already brings a double dose, as well as mares who need an improvement on their walk.