An exquisite young son of the great Foundation 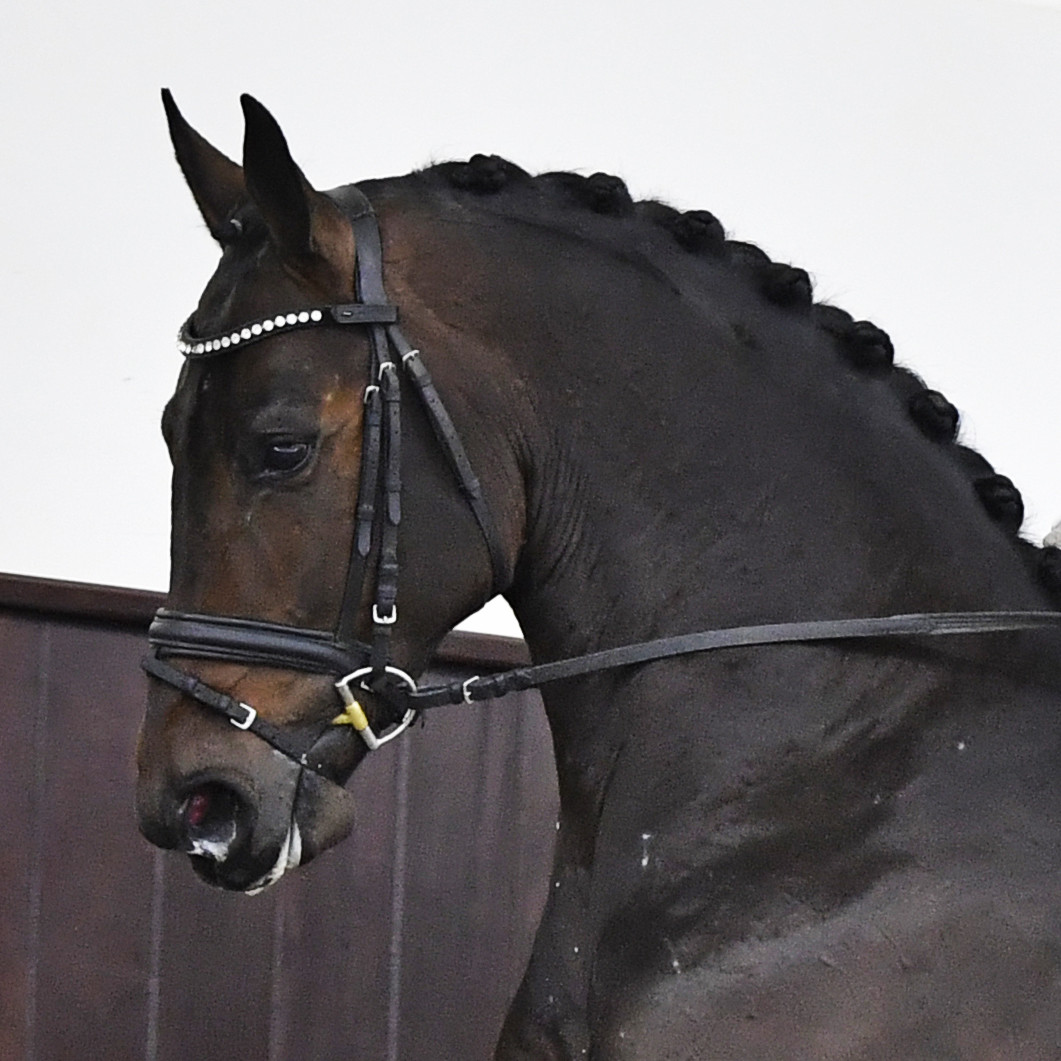 About - For Emotion is a superb young stallion who has already impressed the breeding world. He is the image of his sire, Foundation; very supple and powerful. For Emotion moves through his whole body with excellent mechanics, and has a particularly good canter, with a fantastic hindleg.

Performance - He was licensed by the Oldenburg Verband, and at the PSI Auction he was sold to Helgstrand for €550,000. In his performance test as a four-year-old, he scored 9.5 for his trot and canter and an outstanding 10 for rideability, and finished on an overall score of 9.2. In his five-year-old test, his trot was awarded a 10.0, his canter a 9.0 and rideability 9.5.

Sire - Foundation is a large-framed, immensely powerful stallion who is incredibly supple with elastic, uphill, and ground covering paces. The mechanics of his gaits are exquisite; at his performance test, he scored a 10 for both his trot and his canter. In 2013, after many wins in L-level dressage classes, he qualified for the Bundeschampionat in Warendorf. In 2016, he achieved his international break-through, and with Matthias Alexander Rath, he is constantly victorious and highly placed at prix st georges and inter I level, including at Jerez de la Frontera, Nice, Majorca and Wiesbaden. In 2012, Foundation was awarded the dressage Hauptprämie from the Oldenburg Verband for the best first foal crop. His sire Fidertanz, who competes at grand prix and was also the winner of the Hauptprämie for his age group, is an immense stallion with huge presence and power. The celebrated 2004 NRW Champion Stallion, Fidertanz dominated his 30-day test in Neustadt-Dosse, and then took the Vice Champion title at the Bundeschampionat in Warendorf, with a score of 9.5 from the guest rider.

Damline - For Emotion's dam Samira was Bundeschampion as a six-year-old and went on to compete successfully up to small tour level. Her sire Sandro Hit is one of the most successful dressage stallions of the modern era, and is the sire of German Olympic team gold medallist Showtime FRH. His daughter Poetin is one of his most famous offspring; World Champion and double Bundeschampion, scoring a perfect 10 for her trot, she was sold for a record-breaking €2.5million at the 2003 PSI Auction. This damline has already produced grand prix dressage horse Reggio (by For Emotion's third sire Rockwell), and the licensed stallion Rockland.