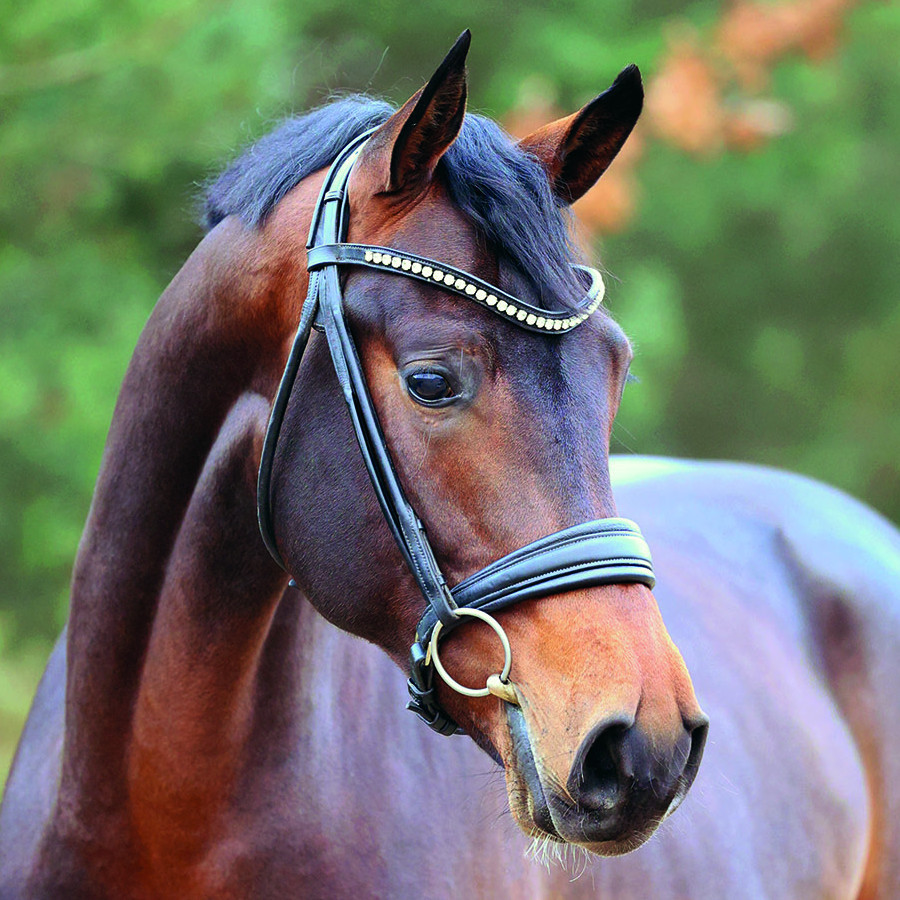 
Terms - €950+VAT for unlimited attempts with frozen semen for one named mare in one breeding season. If the mare is certified not in foal by the end of September €700 plus VAT will be refunded.

About & Performance - Forever Rock is the epitome of charm. Incredibly sympathetic, very nobly presented and equipped with excellent movement quality, this beauty has a very special aura.

In addition to this special type perfection comes a flawless exterior. Westphalia's breeding manager Thomas Münch also praised the "beautiful development as well as the completely correct and solid foundation with well-developed joints" of this premium stallion of the Westphalian main licensing in Münster.

Forever Rock inspires with three very good basic gaits, which are characterised by a natural serenity, a lot of elasticity and balance. His trotting work is characterised by an excellent load absorption, performed from a very active hindquarters. It presents an extremely tactful and loose movement swinging through the body as well as generous shoulder room. A real highlight of Forever Rock is the impressive canter, which leaves nothing to be desired with a lot of jump and a natural uphill tendency. Walking loosely, always in time and equipped with a good transition, Forever Rock also convinces completely in this gait.

Forever Rock's lunge work on the licensing was particularly pleasing due to a relaxed but still powerful, natural approach to the dentition. The assumption of an excellent rideability and willingness to perform in the course of further training is obvious.

In terms of character, Forever Rock is a real treasure. Friendly and open-minded, he rests in himself in a wide variety of situations and reliably maintains an overview at all times.

Sire - Father Franziskus has established himself as an integral part of the German dressage team. Only a serious injury to his permanent rider Ingrid Klimke prevented his chance to participate in the Olympic Games in Tokyo. In addition to his sporting top successes with several international Grand Prix victories, Franziskus shines as one of the most successful sires of the current dressage horse breeding. 31 licensed sons as well as a whole series of already S-successful descendants speak for themselves.

Damline - Forever Rock's grandsire, Rock Forever I shone under Sophie Holkenbrink with an outstanding sports career up to the Grand Prix. A highlight of the joint career of the still young Sophie with her guarantee of success was certainly the final participation in the Piaff Förderpreis 2017. The heredity performance of this incredibly competitive stallion with the great character is reflected in almost 50 S-dressage successful horses as well as seven offspring successful in S-jumping. In addition, 32 of his sons were licensed.