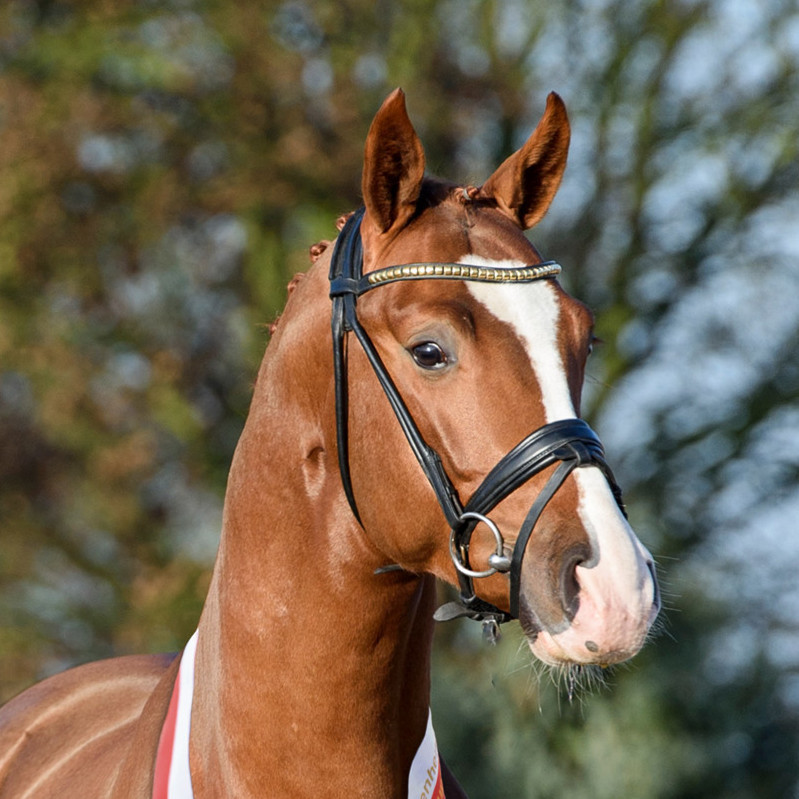 
Terms-  €800 + VAT for unlimited attempts with chilled semen, on one named mare in one breeding season. If the mare is certified not in foal by the end of September, €500 + VAT will be refunded.

About- This son of  two-time Champion Stallion and Grand Prix winner For Romance I OLD, Forte per me, was the Reserve Champion of the Westphalian Licensing 2021 in Münster-Handorf.

Sire- For Romance I OLD booked valuable placings in Grand Prix under Therese Nilshagen/SWE. In 2019, the champion stallion, winner of the main premium, Bundeschampionat qualifier and Burg-Pokal finalist was honored for this as VTV Dressage Stallion of the Year. -For Romance is the epitome of a modern sire, and is from a Voltaire dam line that has been accorded great success. Blessed with three excellent gaits, his canter and trot can only be described with superlatives and his character is also noteworthy. He stood out brilliantly in the strong lot of stallions at the 2011 Oldenburg Verband licensing and the enthusiastic spectators in Vechta gave him standing ovations.