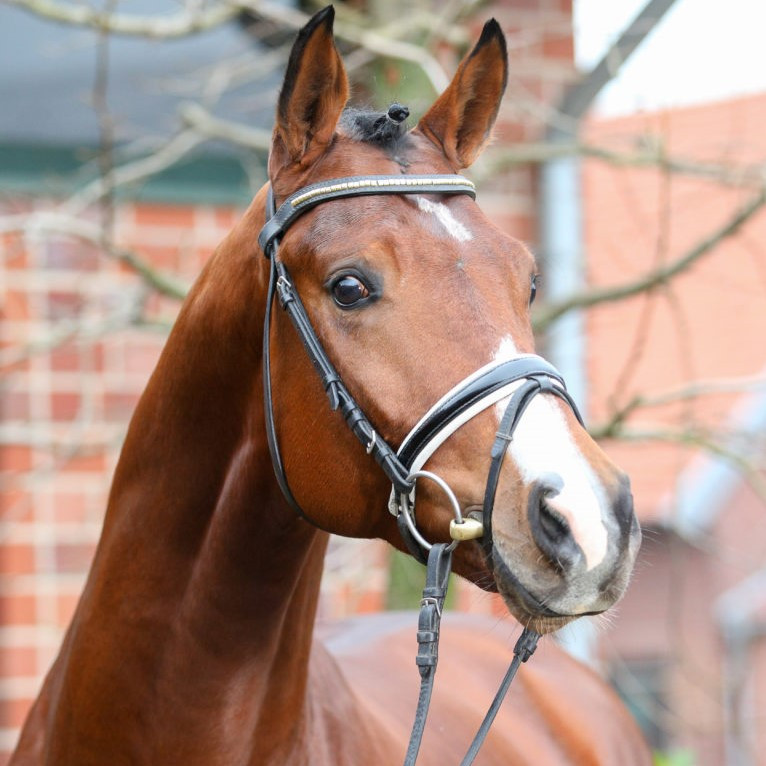 
Terms- €800+VAT for unlimited attempts with chilled semen, for one named mare in one breeding season. If the mare is certified not in foal by the end of September, you will have a 50% credit to use the following season on any stallion from the same stud.

About- Franz Joseph Junior is an impressive stallion having won over the crowd in 2018 he was awarded to be a premium stallion at the Westphalian licensing, due to his harmonious gaits and modern type. He was runner up Westphalia champion in 2019 and is a stallion with great balance under saddle and elastic uphill canter and walk. With his sire being a proven star having been the Bundeschampion as six year and receiving marks of 9.0 for trot and canter.

Sire- Franziskus a well proven sire had passed his performance test in Münster-Handorf successfully; he got scores of 9.0 for trot, canter and rideabilty, and 9.5 for his character. Franziskus continued on his successful path, winning the Bundeschampionat as a four-year-old. Ingrid Klimke began riding Franziskus at the end of 2013, and was victorious with him in his first young horse classes. He is now competing successfully at intermediate I, winning at Münster, and finished second in the Nürnberger Burg-Pokal Trophy, on a score of 9.5.

Damline-  His dam had bred 3 full siblings to Franz Joseph Junior to the Westphalian Elite foal auction, with the sire Rock Forever an international success the bloodlines have passed on to create a modern type with superb gaits. Rock Forever competed up to Grand Prix very successfully and now has a number of licensed sons and Grand Prix offpsring.