A feast for the eyes! 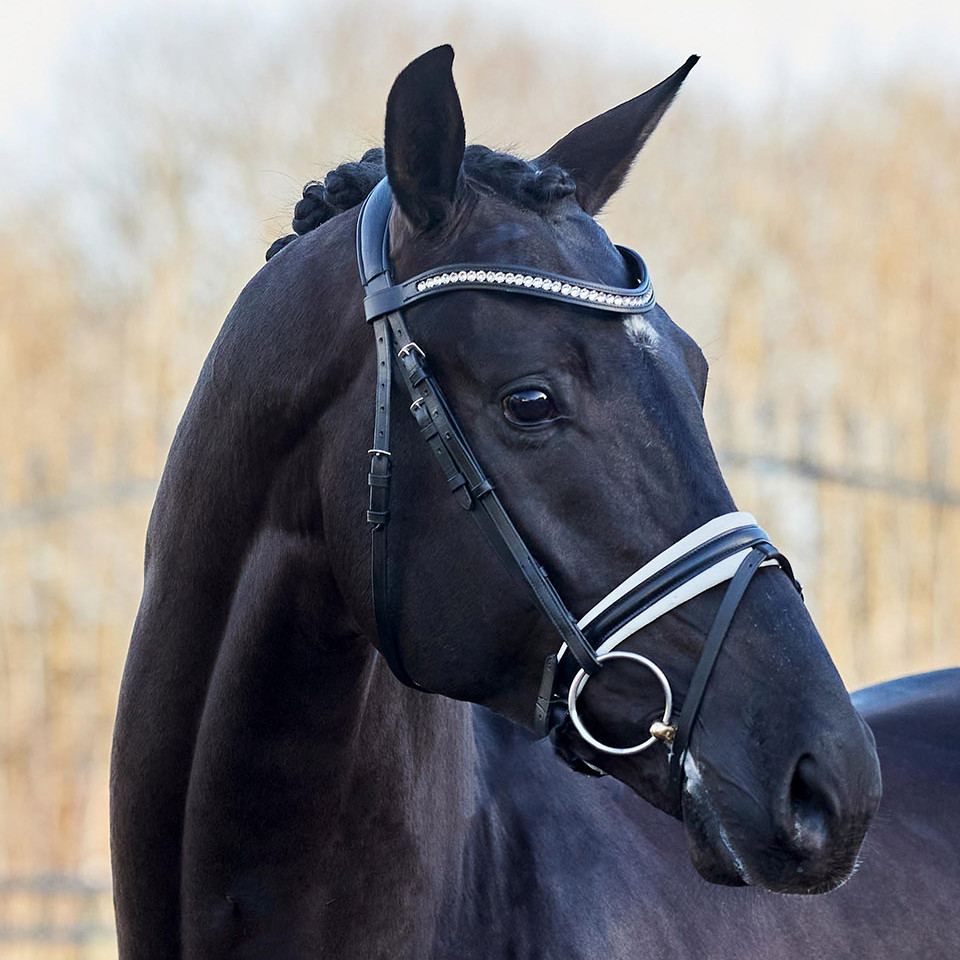 
Terms- €1000+VAT, allowing unlimited attempts with chilled, for one named mare in one breeding season. If the mare is certified not in foal before the end of September then a 50% credit applies the following year to spend on any stallion from the same stud. If the first AI of the year is July 1st or later, the credit the following year is 100%.

About - An immensely shapely stallion, with outstanding presence, lots of natural cadence and wonderful self-carriage. Franzé swings wonderfully through the whole body and already gives an idea of his great collection potential. He has an exceptionally well regulated walk with good length of stride. He also emphasised his competition prospects at his stallion performance test in Denmark, which he completed brilliantly with consistently high scores in the top group.

Sire - His sire, the elite stallion Franklin, was the winning stallion at the KWPN licensing, HLP winner in the Netherlands and a finalist at the World Championships for young dressage horses. In the meantime, he has been placed in the international Small Tour. Many of his sons have been licensed, including the reserve winners Franklin's Love PS, Kadans and our new addition Feinsten, the Oldenburg State Championship bronze winner Fair Deal and the winner of the Aage Ravn's Trophy, Slangerupgaard's Flottenheimer, and our Danish licensed straight horse Finest Hour. Out of the group of sporty offspring, the St. Georges dressage, Fendi/Sönke Rothenberger, the dressage horse World Cup eighth-place finisher Francis Drake OLD/Leonie Richter, the Hanoverian Vice Champion Elektra di Fonte Abeti/Frederico Migue Mexia de Almeida/POR, the British Vice Champion Franklin Hit/Michael Eilberg/GBR and the bronze winner of the Young Horse Championships in Spain, Mambeau B/Antonio Verdejo Pérez/ESP.

In third and fourth place in the pedigree are Romanov and Don Frederico, important representatives of the well-proven Rubinstein and Donnerhall stallion lines. This results in a line breeding to the important Rousseau.

From the dam line also the licensed stallion Granada (by Goldfinger), the Grand Prix dressage horses Mister Arup (by Michellino) and Monsun (by Marengo)/Lars Rasmussen/NOR as well as the 1.60m jumper Kamila (by Aston)/Kim Kristensen/DEN.