The exceptional licensing winner of 2019 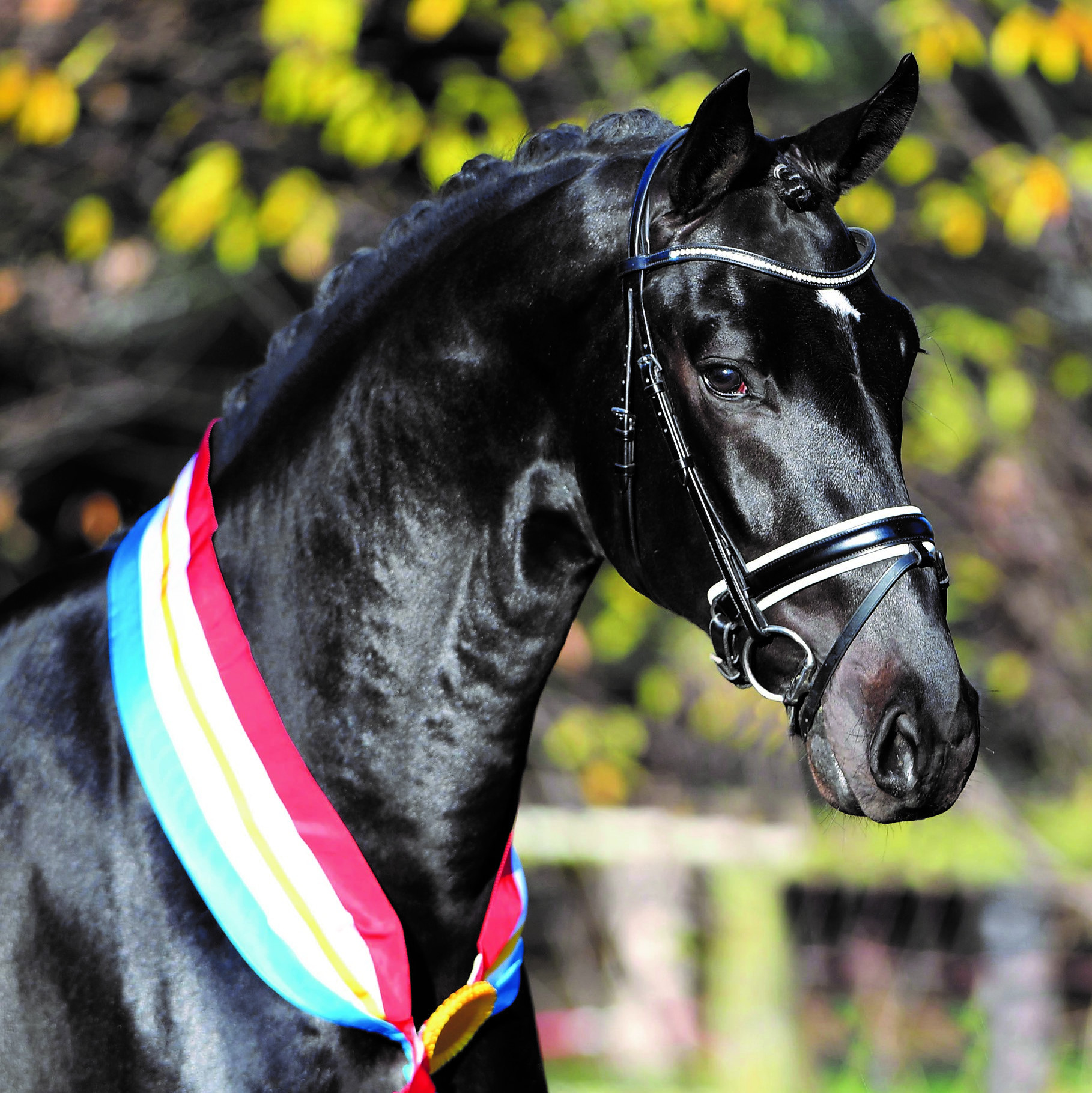 
Terms  - €1000+VAT, allowing unlimited attempts with chilled , for one named mare in one breeding season. If the mare is certified not pregnant before the end of September then a 50% credit applies to spend on a Schockemoehle / Helgstrand covering the following year. If the first AI of the year is July 1st or later, the credit the following year is 100%.

About & Performance - This beautiful youngster made a star appearance in the licensing arena and was placed at the top whilst receiving cheers from the expert audience. The outstanding quality of his three basic gaits walk, trot and canter makes him a horse well suited for the big dressage arenas. The genetics of this star stallion with his Champion sire Furstenball and the damline which has produced multiple world champions mean he is a promise for the future.

Sire - His sire Fürstenball was Champion of the Oldenburg licensing, Champion of his stallion performance test, main premium winner, German Federal and Oldenburg Regional Champion, finalist at the World Championships, victorious up to Prix St . Georges level, VTV dressage stallion, number one of FN breeding valuation, Danish Elite Stallion and “Stallion of the Year” in Denmark. Furthermore, Fürstenball received the OLD designation, which is awarded by the Oldenburg Verband to the best Oldenburg bred horses.

Damline - His dam Zantana was placed in young dressage horse competitions and was sold in December 2019 at the P. S. I. auction in Ankum for 955.000 euros to a renowned dressage yard in the Netherlands. Her half-sister Neandra PS (by Negro) produced Top Noir PS (by Top Gear), who was also sold through the PS Online Auction.

The dam sire Glock’s Zonik N. O. P., who unites the most influential stallions of the Danish breeding with Zack, Romanov and Don Schufro,  won team silver with Edward Gal/NED at the European Championships in Rotterdam/NED and took eighth and sixth places in the Special and Freestyle. With Zucchero Gold (sport name Zucchero OLD), he sired the current World Champion of young dressage horses and last year‘s German Champion and, with Zum Glück RS2 OLD, the newly crowned German Champion.