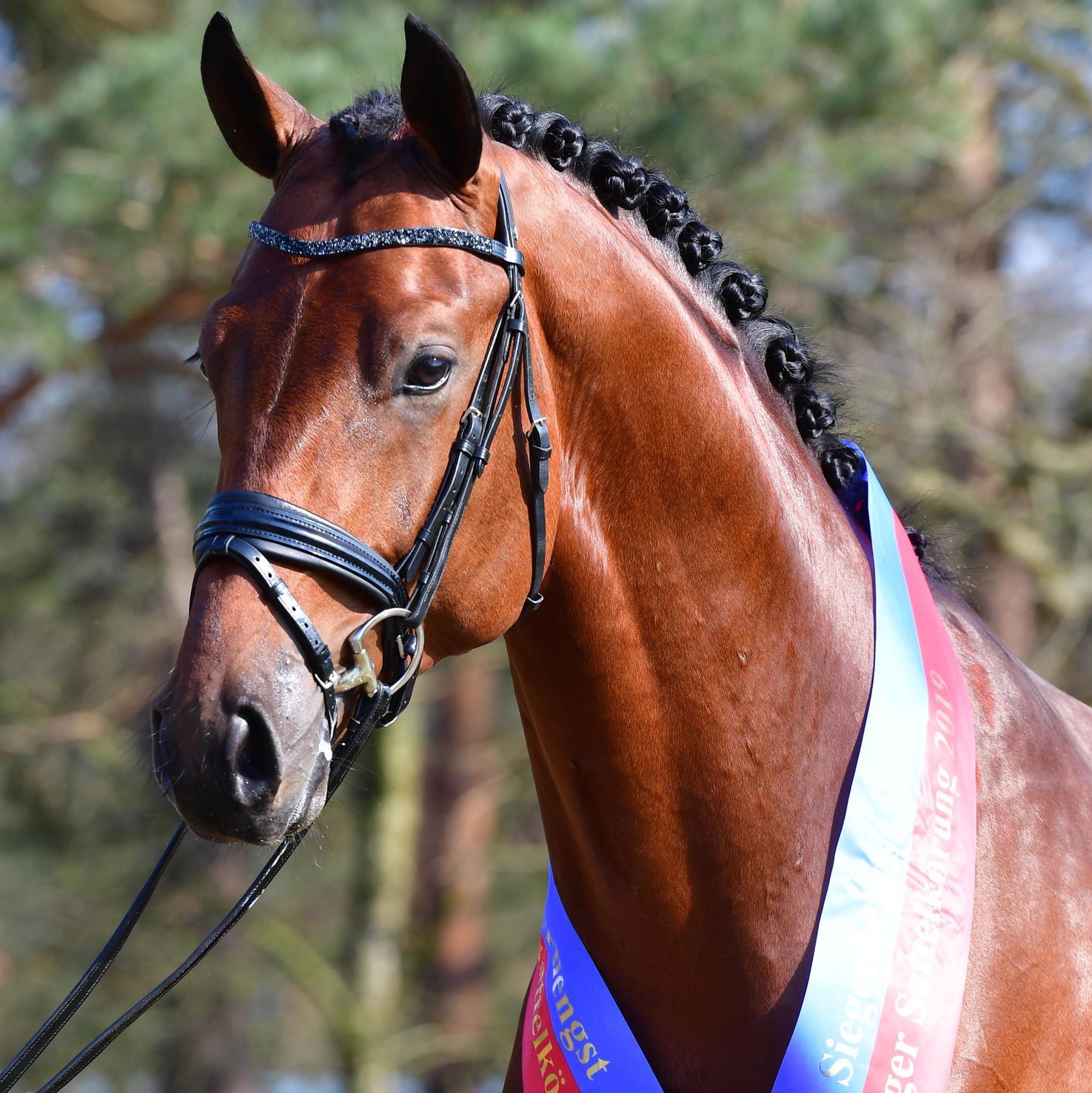 
Terms: €1600+VAT for unlimited attempts for one named mare for one breeding season. If the mare is certified not in foal before the end of September, you will have a 50% credit the following year to use on any stallion from the same stud. If your first AI of the year was 1st July or later, your credit in the event of non-pregnancy (certified before Sept 30th) is 100%.

About & Performance - An interesting new stallion and an injection of different bloodlines, Fynch Hatton joined the roster late in the season to much excitement from breeders. This beautifully modelled stallion from the first crop of Formel Eins, impresses with his power, movement, and rideability. He was the celebrated winner of the Oldenburg Saddle Licensing, scoring 10.0 for rideability from the test rider.  In 2020 Fynch Hatton was awarded the title of 4-year old Oldenburg Champion stallion under the rider Sina Aringer after performing in Vechta.

Sire - His father Formel Eins was reserve champion of his licensing and then Westphalian Coat of Arms Champion. He is a son of Ingrid Klimke's rising star, Franziskus, and is descended from a jumping damline that brings power and athleticism to the pedigree. His dam sire Cornet Fever is a son of the world-leading jumping stallion Cornet Obolensky, who earned more than €800,000 during his jumping career and has dominated the breeding scene for several years. From a small set of offspring, Formel Eins has another licensed son, named Focus. His grand-dam's half-sister is the dam of the 1.60m jumper Avalon, by Ars Vivendi, and the dam line has also produced the premium stallion Basic (v.Belissimo M) and several other good sport horses.

Damline - Fynch Hatton is one of four licensed sons for his dam, with his older brothers First Choice (premium stallion by Fidertanz) and Fürst Magic (by Fürstenball) also gaining approved status with the Westfalian and RPSI respectively and Four Roses was also approved in 2020. Fürst Magic has already won advanced level classes under Dorothee Schneider, while her daughter Frida Gold (by Franziskus) was sixth in the foal championships at Lienen. The dam's full sister Santa Maria 35 was successful up to Prix St. Georges level, and other licensed stallions from this mareline include El Corazon, Fürst Rubin, and Sonnenschein.