The winner of the 2018 Oldenburg stallion licensing 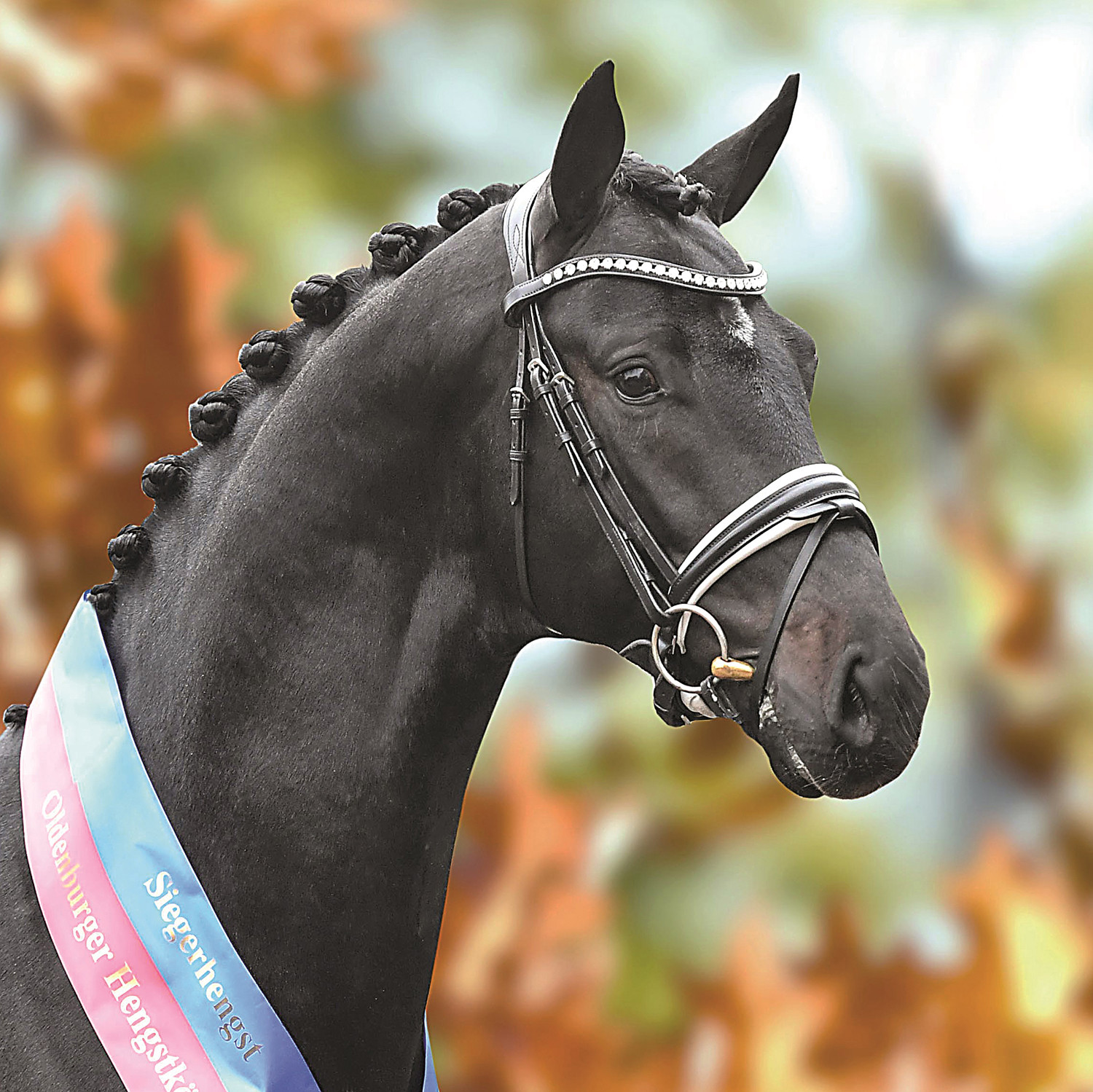 
Terms - €1300+VAT for unlimited attempts with chilled or frozen semen for one breeding season.  If the mare is certified not in foal before the end of September then you get a 50% credit the following year to use on any stallion from the same stud. If the first AI of the year was 1st July or later, then the credit in the event of non-pregnancy is 100%.

About & Performance - He was the clear champion at the Oldenburger main licensing 2018 in Vechta, with his unique presence and characteristics. All three gaits promise the highest quality with great rhythm, energy and dynamic impulsion in trot and constant uphill tendency in canter. First ridden tests have shown that this is an exceptional horse in the making.

Sire - Grand Galaxy Win was the first stallion in Denmark by Apache, who had six sons selected for the 2015 KWPN licensing in Holland. Grand Galaxy Win was the champion of the Danish licensing in 2014, and in 2016 he finished 7th in the final of the five-year-old World Breeding Championships at Ermelo under Olympic rider Severo Jurado Lopez on a score of 84.6. Apache impressed greatly in his first season at international grand prix under the Netherlands' Emmelie Scholtens, never scoring below 71%. After their first international at big tour, they were immediately cited as contenders for the Dutch Rio Olympic team, narrowly missing out on a place.

Damline - Chatel’s Schurana received a silver medal for her test and took part, for Denmark, in the World Championships for Young Horses in 2007 in Verden. She then started her breeding career. The dam sire, Don Schufro, was Danish champion in Grand Prix and team bronze winner at the 2008 Olympics in Hong Kong under Andreas Helgstrand and also sired many successful offspring. For several years he had a leading position of the WBFSH ranking list of breeding sires. Further out in the pedigree you find Ravage Quintus, the famous Trakehner stallion Donauwind and the well-known Swedish stallion, Herzog, who sired Marzog that was successful under Anne Grethe Thörnblad.