Half brother to the champion stallion Viva Vitalis 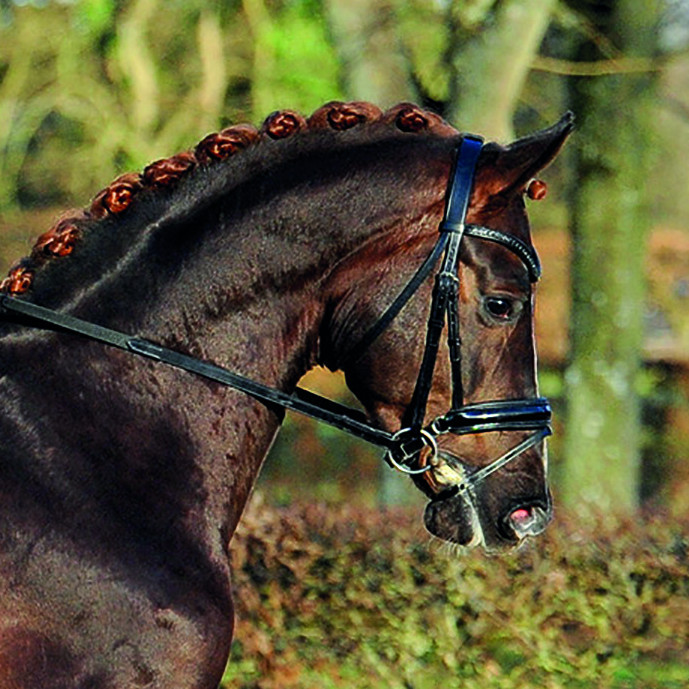 About- The Schockemohle station describes this stallion as being as 'beautiful as an English engraving'. This highly elegant son of the Escolar from the extremely versatile Oldenburg performance line of Adia II has three outstanding basic gaits. After his gala performance at his licensing in Westphalia in 2021, this stallion is the talk of the town.

Sire- Escolar is one of the most established sires ever and ensured worldwide, a revival of the almost forgotten, but extremely valuable blood of his ancestors Honor and Honor Tousch. Under riding champion Hubertus Schmidt, Escolar is part of the German Olympic squad and has placed several times at The German Championships. At the age of three and four he was riding horse national champion, at the age of eight he finished second in the final of the Nuremberg Castle Cup. More than 35 sons were licensed, including the premium stallion and dressage horse world championship silver winner Escamillo. From his successful offspring, the national champion and dressage horse world championship third Eternity stands out.

Damline- The mother Diva de Luxe is a full sister to the licensed stallion Dynasty VDL.

The dam sire, Dimaggio placed fourth in the Riding Horse National Championship in 1999 and became World Champion of the five-year-old dressage horses in Arnhem/NED in 2000. Afterwards he went to Inter I. Among his most successful descendants are Duke of Britain/Frederic Wandres, Discovery OLD/Heiner Schiergen and team vice world champion Half Moon Delphi/Michael George Eilberg/GBR.

In third and fourth place in the pedigree you will see Wolkentanz II and Corde.

Looking further back into the Damline you will see that Annika is also the third mother to the international Grand Prix dressage horse Sir Stanley W (v. Stedinger)/Charlotte Lenherr.

Mother is full sister to the licensed Dynasty VDL