The highest-scoring KWPN stallion of all time 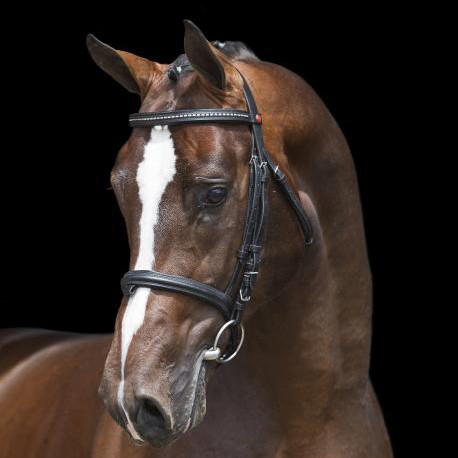 
Terms:  €1250 + VAT for unlimited attempts with chilled or frozen semen for one named mare in one breeding season. If the mare is not in foal by the 1st of October, then a €950 refund applies.

About - Grand Slam is an out-and-out stallion with an excellent canter and very good technique, reflexes and power. He is the all-time top scorer of the KWPN Stallion Test and has a pedigree to dream of with only foundation stallions as sires. He has an amazing temperament and mentality that really sets him apart.

Performance - Grand Slam achieved the record score of 90 points in a performance test and was a convincing champion. For jumping technique and reflexes, Grand Slam scored 9.5 and for jumping ability, rideability, attitude, and talent he got a 9.

Sire - Sire Cardento won silver medals at the WEG, the European Championship and the Olympic Games and is ranked 13th in the WBFSH ranking for Show Jumping Sires. At the most recent World Equestrian Games no less than six offspring of Cardento participated. Among his offspring are Nice Stephanie and Cafino, and he currently sits in 10th on the WBFSH SIre Rankings.

Damline - Heartbreaker is also among the top sires - he was inside the top 10 of the WBFSH Sire Rankings for seven consecutive seasons -  and competed at grand prix level himself. He is the damsire of the great Cornet Obolensky. The third stallion in the pedigree is Mr. Blue, who competed successfully at the highest level and is sire of jumping horses like Plot Blue, Simon, Zirocco Blue. The fourth and fifth in line, we see the Stallion of the Century Nimmerdor and performance inheriting Thoroughbred stallion Erdball xx. They are responsible for many sport horses such as Apollo, Just Malone, Gold Bridge, Maple and so on. The dam, Wonder AS, produced the approved stallion VDL Dallas. Great-grand dam is the preferred performance mare Bonnette, she is a full sister of the international show jumper Drummer.

Progeny - Grand Slam's first foals look good. They are appealing foals and have good movements. They canter with a lot of balance, power and ground cover. Daughter Kiverna was honored as Champion of the CK Zealand. On the CK Groningen there was a third place for Khan and a fourth place for Kalimba in the finals for the championship for jumping foals.