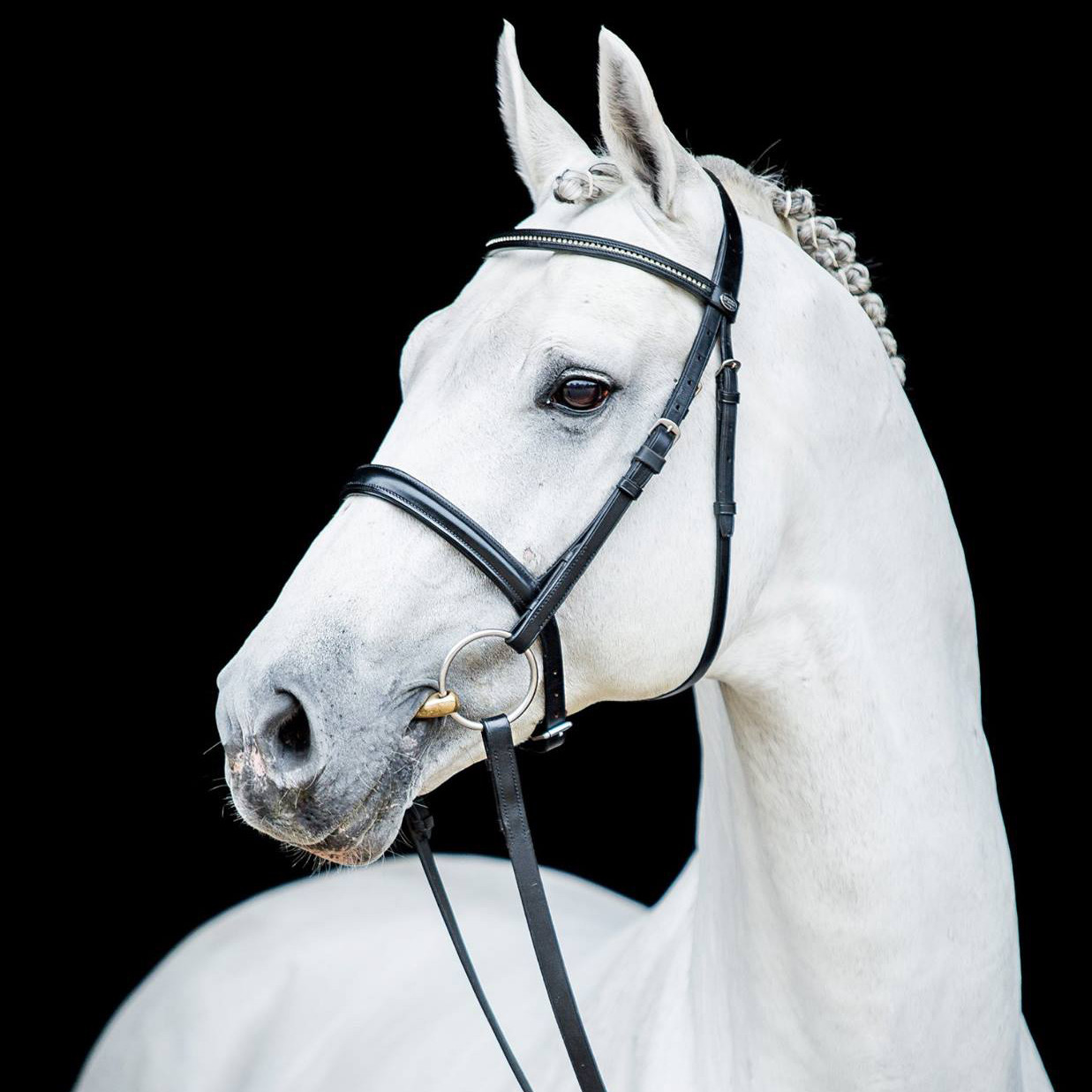 
Terms: €850+VAT for unlimited attempts with chilled semen for one named mare in one breeding season.  If the mare is certified not in foal before the end of September then you get a 50% credit the following year to use on any stallion from the same stud. If the first AI of the year was 1st July or later, then the credit in the event of non-pregnancy is 100%.

About - Grey Top is a tall, athletic and powerful stallion, from a proven pedigree, who is already proving himself in both breeding and sport. He is light on the ground, quick over a fence and very rideable and adjustable, with a balanced, rhythmic canter.

Performance - In his Hanoverian performance test, Grey Top was reserve champion of the jumping stallions and a very good fifth of the dressage stallions, finishing third overall and proving his versatility, movement and temperament. As a young horse, Grey Top won and placed in several classes at medium level, and with scores up to 9.0 he qualified for the Hanoverian Jumping Horse Championship as well as the Bundeschampionat. By 2016, Grey Top has stepped up to 1.50m level and has impressed the spectators with several placings.

Sire - Graf Top I, who adds a lot of Gotthard blood to the pedigree from the valuable 'G' line, has produced numerous grand prix jumpers and many up-and-coming jumping horses who are competing internationally. Graf Top's sire Graf Grannus has produced more than 20 grand prix horses, among them the licensed sons Gavi, Gem of India, Gigolino and Giovanni, while damsire Calypso II, who is also Grey Top's third sire, was a hugely successful stallion who jumped to 1.45m level himself and has sired numerous grand prix offspring, including the licensed son Contendor.

Progeny - The foals from Grey Top are super models, with his oldest offspring turning five years old in 2017. He has three licensed sons from his first crop, with a fourth son licensed from the following year's foals. Two of his stallion sons, Gunfire PJ and Grey Quindam PJ, are now emerging in sport, jumping at 1.20m level. Grey Top passes on his scope, athleticism, temperament and movement.