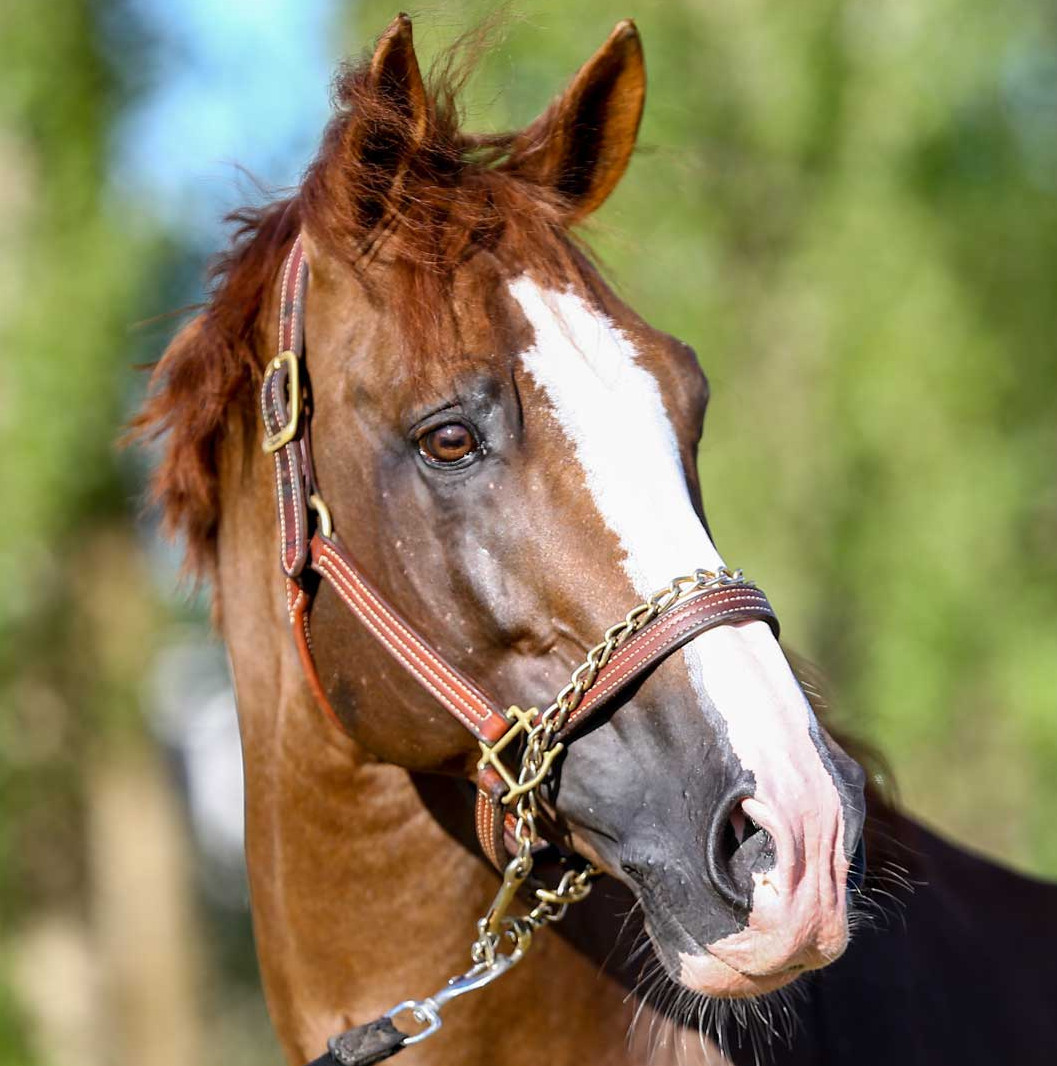 About - Halifax is a hugely exciting jumping stallion alreayd displaying all of the qualities to be both a top breeding and sport horse. He is a naturally fast, careful and powerful horse with boundless scope and excellent rideability, who has racked up a number of wins at CSI5* in his first season at the level. In June 2017, Halifax topped the WBFSH rankings for the first time, ahead of vastly more experienced horses including HH Azur, Ornellaia, Chiara 222 - all of whom competed at the 2016 Olympic Games. This was a stunning achievement for a young horse, and demonstrates both the class and consistency required to take over the top of the rankings.

Performance - Halifax began his international career under Frederic Vernaet, before moving to German Daniel Deusser as a 7-year-old old. The pair jumped very successfully on the young horse circuit for the 2014 season, picking up several wins and placings at 1.30-1.40m level, before the horse moved to join Italian Lorenzo de Luca for 2015. Together, they have been unstoppable; by the end of the 2015 season, Halifax was jumping at CSI5* level, and in 2016 he had a fantastic season, winning and placing at top level across the globe, including a win in the Angelsea Stakes at Dublin International, a win at Bourg-en-Bresse, Knokke and Oslo, culminating in a fantastic two wins at Olympia. He won the prestigious Lanaken Sires of the World Grand Prix, and has been enormously successful on the Global Champions Tour, winning GCL and speed classes at several legs of the tour.

Sire - Halifax's sire Heartbreaker was declared ‘Preferent’ in 2009 in recognition of his hugely successful offspring in the international scene. Heartbreaker himself was successful at grand prix level with Peter Geerink, and appeared on the WBFSH Sire Rankings for seven consecutive seasons (2009 - 2015). His influence in worldwide breeding is enormous. In the KWPN-studbook he has 10 approved sons and 14 approved grandsons. On the international scene, many of his offspring are competing at the highest level, including Bertram Allen’s Romanov II, who won four grands prix (Bordeaux, Dortmund, La Baule and Paris) in 2016. Also among his offspring are Zidane, ridden by Leopold van Asten, and the approved stallions Cidane, Toulon, Zambesi and Actionbreaker. Heartbreaker is also the grandfather of World Young Horse Champion Earley (Harley VDL x Indorado x Indoctro VDL), but by far his best-known grandson is undoubtedly the prolific winner Hello Sanctos, by Quasimodo van de Molendreef. Team gold medallist (and individual fifth) at London 2012, Sanctos and Scott Brash made history in 2015 as the first (and only) winner of the Rolex Grand Slam of Showjumping; consecutive victories in the world's three most prestigious grands prix of Aachen, Geneva and Spruce Meadows, for a bonus of €1,000,000 (final round shown in video tab). Sanctos has also won six GCT Grands Prix, and Scott was twice winner of the GCT Global Champions Tour, largely thanks to the phenomenal success of this top horse. The pair have also won World Cup qualifiers in Wellington and Oslo, the Rolex IRJC Top Ten Final, and an individual bronze medal at the 2013 Europeans.

Progeny - Halifax has been predominantly focused on sport, and as such his list of progeny is still small, but he already has a licensed son, Nanteuil van T&L, and his oldest offspring are jumping at international 1.30m level.