A grand prix winning son of the great Heraldik 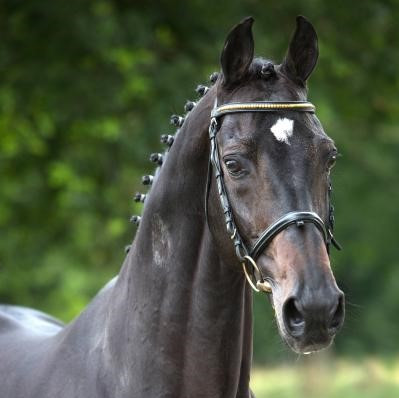 
Terms - €1200+VAT for unlimited attempts with frozen semen, for one named mare in one breeding season. If the mare is certified not in foal by the end of September, €850+VAT will be refunded.

About -  Herald is an outstanding sire as he brings back blood into showjumping horses without compramising strength or ability. His international career has been one to remember having competed at the World Equestrian games, but it is his breeding talents which make him so special. Having produced young horses who demonstrate a unique and pleasing type for breeders in the sport passing on his elegance and good locomotion to his offspring.

Performance - 2005 he began his international career in CSI at 7 years with M. Beerbaum. In 2008 he became Vice-champion of Spain with P. Lucrecia Cordon Milo; Winner of the GP CSI3* of Vejer de la Frontera; GP CSI3* of St-Lô; Nations Cup at the CSIO5* of Barcelona; 3rd of the Nations Cup CSIO5* in Roma; 4th of the GP World cup 1m60 CSI5*-W of Mâlines; 4th of the Nations Cup CSIO5* in Lumen; 10th at the CSI5*-W of Vigo; 7th at the CSI4* of Gijon; 8th at the CSI4* of la Corogne and Vejer de la Frontera; 10th at the CSIO5* of Lumen. In 2010 he participate at the World Equestrian Games of Lexington. Then exported to the USA where he continues his career with Caitlin Ziegler.

Sire - Heraldik, winner of Jumping on the S level in Germany, 6th World Best Sire in Eventing WBFSH ranking 2017. World N°1 during 6 years, he has been in world TOP 10 for more than 10 years! He is the sire of FRH Butts Avedon, Gold medal by team at the European Championships with A. Dibowski, 14th world performer in Eventing in 2016. He also has Halunke FBW, individual Gold medal and by team with the Championships of Europe 2013 with M. Jung, winner of the CIC3* of Marbach, 2nd of the CCI3* of Strzegom. His other offspring Hamilton 24,48th world performer in Eventing in 2017, 4th CCI3* of Strzegom, winner of the CIC2* of Langenhagen.

Damline - Damsire Lorenz competed up to 1.45m and produced a vast amount of well performing offspring who competed up to 1.60m internationally, many of which were licensed stallions. Alassia's progeny consists of Coolman the good winner of CSO 1m35, Coolman V the winner of GP CSI4* of Buenos Aires and numerous other's who are making their way in the sporting industry.