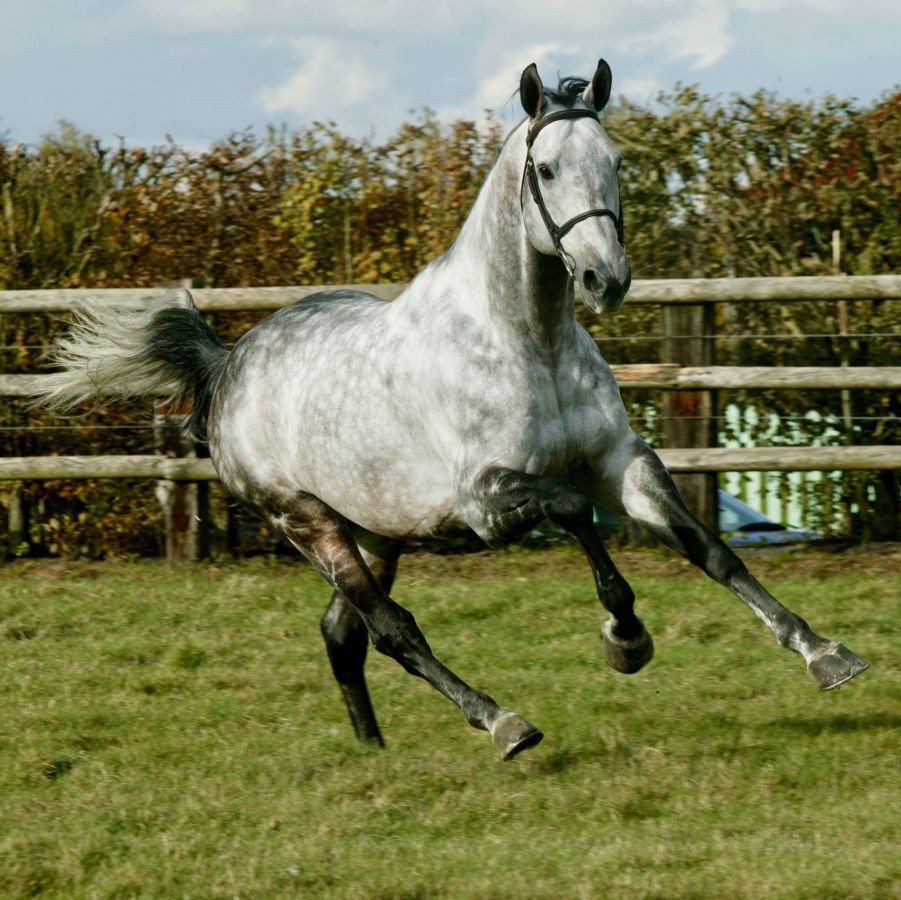 
Terms- €1000 + VAT for unlimited attempts with frozen semen on one named mare in one breeding season. If the mare is certified not in foal by the end of September then a €500 + VAT will be refunded.

About- Hoggar Mail was in the 5 year old final with Bruno Coutureau and then finalist and Champion of France at 6 years in 2001 with Patrice Delaveau.
Winner in CSI & CSIO in France (ISO 145)with P.Delaveau (victory at the CSIO Barcelona), then with Penelope Leprevost (3rd in the GP at Le Mans and 1st at the Normandy Horse Show).
He was based in Argentina in 2007 to breed where he continued his career in Grand Prix until 2008.

Sire- His sire, the magnificent thoroughbred Hand In Glove has an extraordinary sporting career, His father Best Turn has produced in the US winning thoroughbreds in CSI-W like MVP and in CDI like Shinning Moment. Which proves that the thoroughbreds out of Best Turn inherited good movement and good jumping skills.
Hand In Glove inherited both of these qualities and in turn passes them onto his offspring. Turn To his grand sire is also that of the famous cross breeding stallions like Lucky Boy(Holland), Count Ivor & Rubloff in France.
His grand dam is a daughter of Double Jay, grandfather also of the grey Olympic champion Olympique Gem Twist.

Goldret is the direct sister to the champion GRAFF ridden by Harvey Smith (GB) in CSI.

Progeny- His first generation of foals born in 2003 were dominated by Philae De Tourtel, finalist at 4years old , 13/14 clear rounds . Finalist at 5 classed Excellent, Champion of CIR for 5 yr olds at Pompadour and 11th in the final of 5 year olds in Lyon 2008. HOGGAR MAIL is the sire of 3 horses winning in CCI, placed in the WBFSH ranking list 2011 :QUEZAC DU GESNOIS CCI, ICC 147, 138th in the WBFSH ranking 2012.
Top price of 3 year olds at the Tatabra Farm auction in Argentina for Tatabra Quantun sold $35 000 for USA.