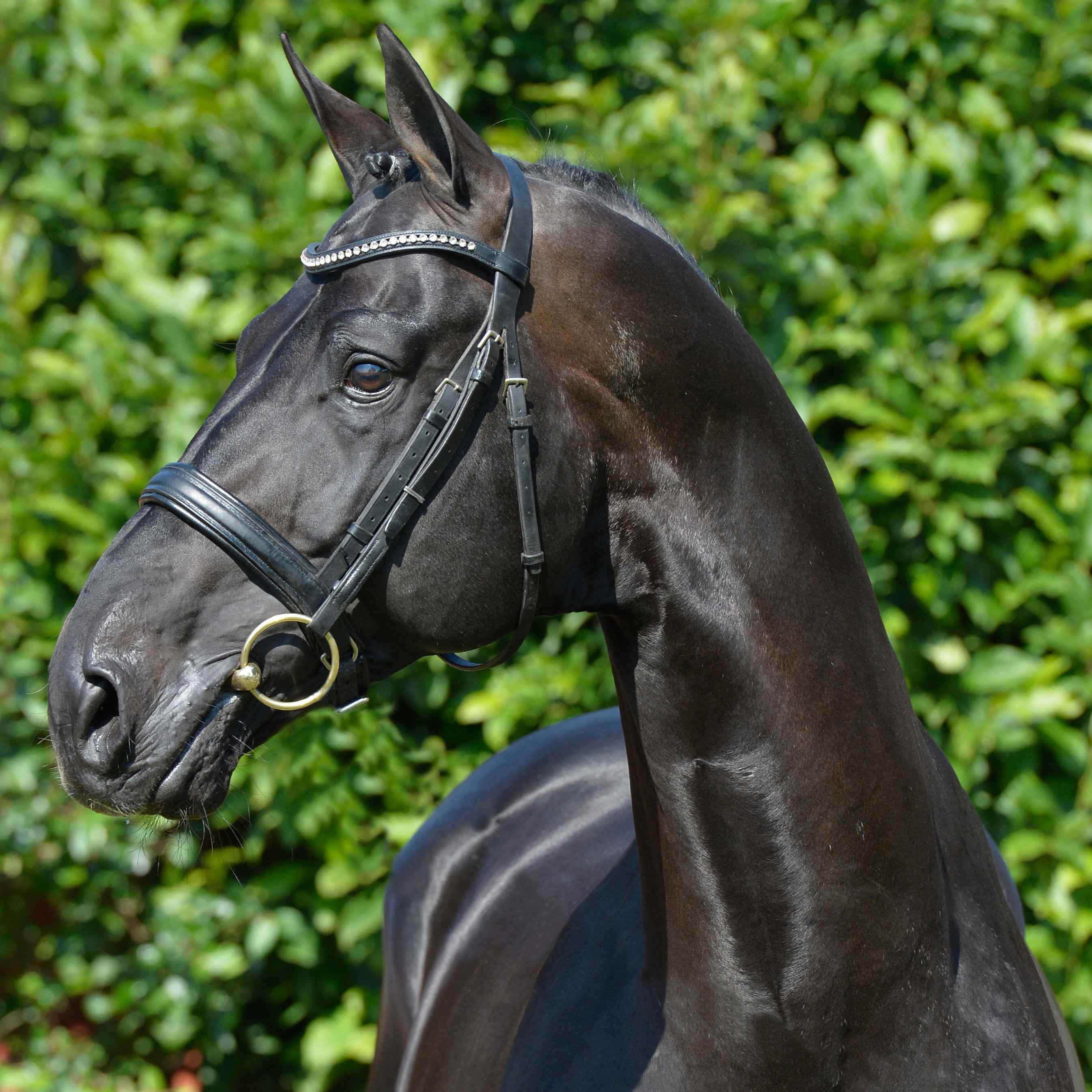 
Terms - €400+VAT per dose, allowing the registration of one foal. No refund or credit will apply if the mare is not in foal.

About - Blue Hors Hotline has already proven his worth, both in international dressage and as a breeding stallion. He not only has outstanding basic gaits, but is unfailingly rideable and has an excellent temperament.

Performance - The breathtaking champion of the licensing in Verden also impressed the experts at his first public appearances under saddle. As the undisputed champion at his 70 day test, which he finished with 149.28 points, he was not only awarded highest marks for his temperament, but the test riders also confirmed his excellent rideability with the perfect score of 10.0. He is now competing at international grand prix; in 2016, he had places at the CDIs in Drachten, Herning, Hagen, Odense (where he was on the winning Nations Cup team) and Ålborg, as well as a 3rd place with the Danish dressage team at the CDIO in Aachen. Furthermore, he secured an excellent overall fourth place at the Danish Championship in Broholm.

Sire - His sire Hofrat was Reserve Champion at the Trakehner Approvals in Neumunster 2000 and has since then been successful at Intermediate I. His grand sire Gribaldi, ridden by Edward Gal, is one of the best stallions in Holland. Gribaldi is a modern-day foundation sire who is a proven stallion for success. Among his offspring are World and European Champion Totilas, Painted Black, Hofrat, Sisther Du Jeu, Unee BB, and more than 60 grand prix horses. Gribaldi competed and grand prix himself and passes on his elastice movement, good temperament and charisma.

Damline - Damsire De Niro is currently regarded as one of the most successful, living dressage sires worldwide and top of the WBFSH sire rankings in 2016 for the fourth time. In Oldenburg he was I-a main premium winner, he successfully made his dressage Grand Prix debut at the age of seven, won the "Blue Band" at the German Derby in Hamburg as well as at the German Championship for professional riders twice. In 2008, he was proclaimed "Hanoverian Stallion of the Year", and has produced already more than 76 licensed sons in Germany alone. His offspring include Desperados FRH, D'Agostino, Dablino, Delgado, Danone I, Glock's Voice, Super Nova II, Der Designer, Dancier and Don Deluxe. Hotline has top-class blood lines including the Grand Prix horses Wendepunkt and the thoroughbred Busoni xx, sire of the dressage legend Gigolo. Hotline's exceptional dam line produced the licensed stallion Alabaster, sire of Isabell Werth's Grand Prix winner Apache, and grand prix horse Atachi W.

Progeny - Hotline's foals have fulfilled all expectations; long-legged and elegant with the same movement as their father. His oldest offspring are competing at international grand prix as nine-year-olds, and he already has 11 licensed sons.