A son of triple World Champion, Sezuan, from an elite dam 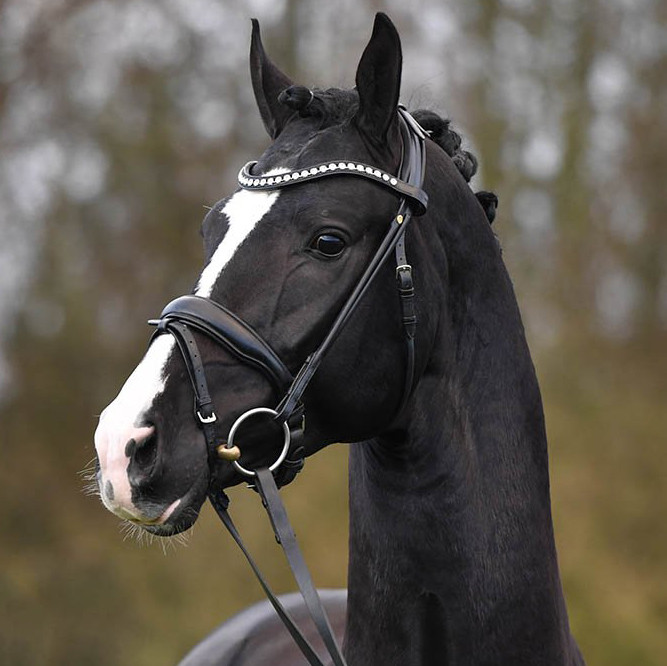 
Terms: €750+VAT per dose, allowing the registration of one foal. There is no refund or credit due in the event that the mare is not pregnant.

About & Performance - Janeiro Platinum is a modern type stallion who has outstanding gaits and top rideability. He finished his performance test in 2018 with a total score of 8.50 points and received a 9.0 for canter, proving he is a young stallion with lots of promise. Janeiro Platinum transmits his excellent type, his correctness and his fantastic quality in all three paces to his foals. His sire Sezuan has given this young stallion the ability to go far in sport and breeding.

Performance - In 2019, he won the bronze medal at the Danish Championships with the overall score of 90.80 points: 9.2 for trot, 8.5 for walk, 9.0 for canter, 9.5 for rideability and 9.2 for the overall impression. In August 2020 Janeiro won the Under 25 European Championships and qualified for the Young Horse Championships, however he was sold before he could attend.

Sire - His sire Sezuan, the unrivalled winner of his performance test with an amazing score of 987.50 points, Sezuan made history when he obtained a record breaking result of  ten scores of 10.0, more than meeting the high expectations placed on him. As a 3-year-old stallion, he won many European dressage experts' hearts with his outstanding gaits and high rideability, and as a result he became one of Europe's most popular young stallions.

Damline - His dam Black Beauty L. Platinum is listed as an elite mare in the KWPN studbook. His damsire UB40, is a modern, long-lined stallion who is frequently used to add refinement to more old fashioned mares, and the same can be said for Apache. UB40 was reserve champion of his performance test in 2002, and had several wins at international prix st georges level. He is also the sire of licensed stallion El Capone, (damsire OO Seven). UB40's sire Olivi, grand prix and keur stallion, is by the legendary Jazz, from the Utopia mare line. UB40's dam, state premium mare Kilucienne, is by the influential Trakehner Michaelangelo, out of a daughter of the KWPN foundation stallion, Farn.