A stallion with a great attitude and enormous jump. 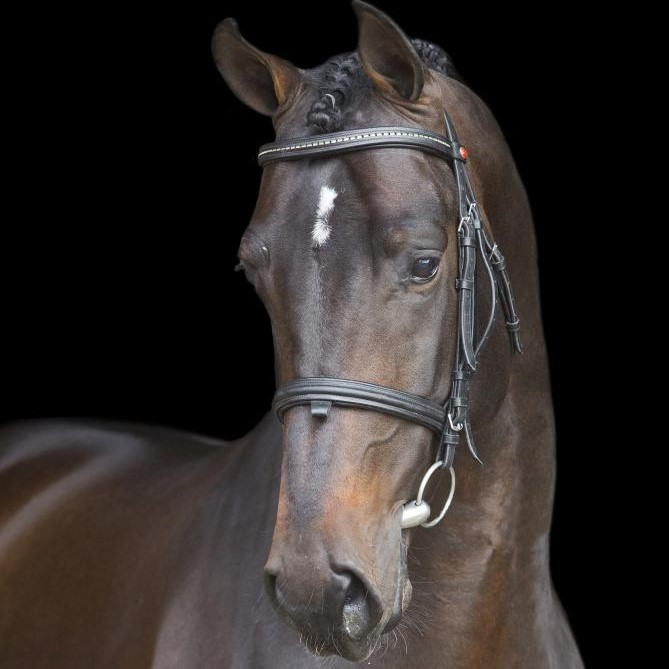 
Terms:  €900+VAT for unlimited attempts with frozen semen, for one named mare in one breeding season. If the mare is certified not in foal by the end of September, €600+VAT will be refunded.

About -  Jardonnay is an eye-catcher with his fantastic type and his three good gaits. He has a wonderful attitude and jumps with enormous scope and a super technique. Jardonnay’s pedigree exemplifies performance breeding. Sire, Kannan, has been one of the world’s best producers of show jumpers. Progeny include Quabri de l’Isle, Quorida de Treho, Molly Malone V, Diva II and previously Olympic champion Nino des Fuissonnets. The influence of the ‘Preferrent’ stallion Indoctro has been huge among these offspring, as well as the stamp of great-grandsire Lux – regularly sought when breeding great show jumpers.

Performance - Designated ‘Champion’ of the 2017 KWPN stallion show in ‘s-Hertogenbosch, Jardonnay VDL went on to prove his quality receiving the KWPN license. Scoring 84 points in the KWPN Stallion Test, the scores for scope, canter and reflexes were awarded 8.5, with the same for rideability, dedication and talent as a showjumper.

Sire -  Kannan, highly valued through Voltaire, Nimmerdor and Le Mexico, was part of the French team under Michel Hécart in 2003 and 2004, which won the Samsung Super League. In 2005 he also won gold in the fight for the French championship. The list of the descendants of  Kannan is given by the London single Olympic champion and two-time World Cup final second Nino des Buissonnets / Steve Guerdat / SUI, the EM team third Quorida de Treho / Romain Duguet / SUI and the World Cup winner Albringen's Paille / Steve Guerdat from 2010 to 2017, which gave her father a place in the top ten in the WBFSH ranking of the world's best jumping sires. Kannan was ranked 16th in 2019, due to the other successful offspring, such as Quabri de I'Isle / Pedro Veniss / FRA and Oh D'Eole / Gregory Wathelet / BEL. The former PSI horse A Pikachu de Muze won the 2006 World Jumping Championships (6y), Bridget 2011 bronze at the Pan American Games.

Damline - The combination of the powerful Kannan with the mare Duzella seems to be outstanding. In 2011 Duzella was the Dutch Champion of the 3-year old mares in Ermelo. One year later, Duzella’s sister, Ella, was the Brabant Province Champion mare further confirming this damline. Jardonnay’s grandam, Uzella, was awarded ‘Keur’ and ‘Preferent’ in addition to producing the 1.45m show jumper Bocelli ridden by Guy Goosen. Great-granddam, Ozella produced Dubai, a gelding by Cardento who is performing at Grand Prix level with Mavis Spencer. The 1.50m show jumper Tavarone is another Ozella son.