Top Talent from a sport family 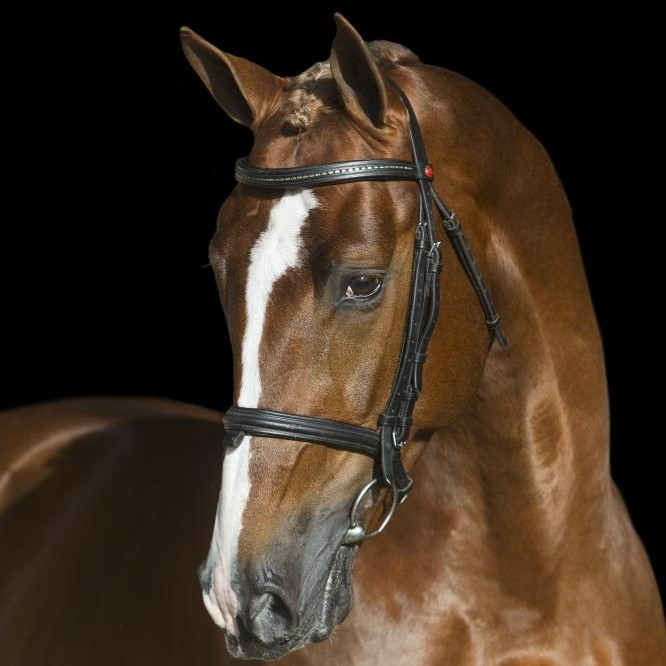 About & Performance - Kallmar is the first KWPN-approved son of the promising sire Carrera VDL. Ridden by both James Billington and Jur Vrieling, the Cardento-son Carrera VDL jumped impressively at international Grand Prix level. Kallmar was Champion Stallion of his KWPN test with the total score of 87.5 points, winner of the Ommen 4-year-old competition and has jumped clear at multiple young horse classes.

Sire - Carrera shone at top level with Dutch Olympian Jur Vrieling, and the pair helped the team to third at the 2015 Nations Cup final, also finishing 7th in the Barcelona Queen's Cup. That same year, they were third and sixth in two classes at Olympia, including a third in the ultra-competitive Christmas Masters. Ridden by James Billington, Carrera jumped his first grands prix as a seven-year-old, and then as an eight-year-old he was second in the Grand Prix of Asten, second in the 1.40m of Roosendaal, fourth in the 1.45m of Asten, sixth in the 1.45m of Drachten, seventh in the 1.40m of Roosendaal and eighth in the 1.45m of Roosendaal. In addition Carrera jumped clear rounds at 1.40m/1.45m level at CSI De Wolden and CSI Ommen. Carrera took fourth in the Friesian championship at 1.35m level and third at the Friesian championship at 1.30m level as a seven years old. In the same year he also was seventh with the six and seven year old's at CSI Twente.