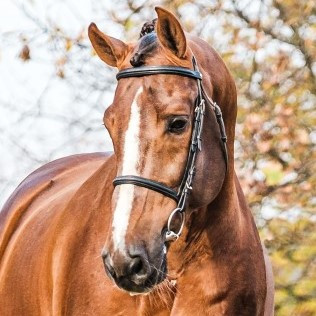 
Terms - €1400+VAT for unlimited attempts with chilled semen or frozen on one named mare in one breeding season. If the mare is certified not in foal by the end of September, €1000+VAT will be refunded.

Performace - His performance has blown people away, with Kassander having a dash more blood than his favourable dam he is capable of achieving great things. Having won his 5 year old class in Lanaken, many started realising this horse was something special. He continued to compete across the world and now with rider Gregory Wathelet he is competing up to 1.40m demonstrating his ability over a course and sheer passion for what he does.

Sire - Echo van 't Spieveld is the son of BWP ambassador Heartbreaker. After a successful international career under Peeter Geerink, Heartbreaker is also a top sire in breeding. In 2014 he was in sixth place in the WBFSH sire ranking. His second sire Heartbreaker was declared ‘Preferent’ in 2009 in recognition of his hugely successful offspring in the international scene. Heartbreaker himself was successful at grand prix level with Peter Geerink, and appeared on the WBFSH Sire Rankings for seven consecutive seasons (2009 - 2015). His influence in worldwide breeding is enormous. On the international scene, many of his offspring are competing at the highest level, including Bertram Allen’s Romanov II, who won four grands prix (Bordeaux, Dortmund, La Baule and Paris) in 2016.

Progeny - Kassander's offpsring are gradually making appearances on the showjumping scene, he already has a licensed son and we look forward to seeing what they become as they get older.