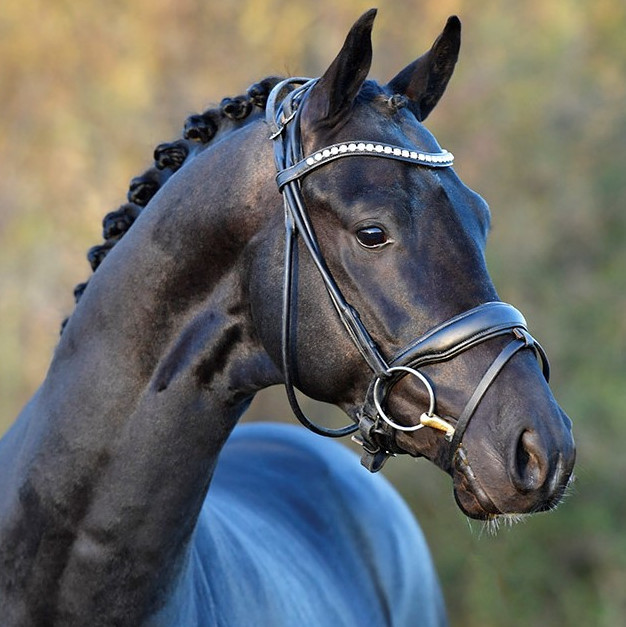 
Terms: €1000+VAT for unlimited attempts with chilled semen for one named mare in one breeding season. If the mare is certified not in foal before the end of September then you get a 50% credit the following year to use on any stallion from the same stud. If the first AI of the year was 1st July or later, then the credit in the event of non-pregnancy is 100%.

About - The 2018 KWPN licensing champion, Kremlin MD is a light, elegant model with plenty of expression in all three gaits; he impressed the KWPN licensing committee with his freedom and suppleness.

Sire - Governor is among the most well-bred dressage stallions Dutch breeding has produced. This modern, beautifully built stallion has a lot of self-carriage and a very good use of his hind legs, great balance and a super character. Governor was certainly the most talked-about stallion at the KWPN licensing in 2014. His great performances in the first and second round culminated in the reserve championship title. He was then the easy winner of the autumn performance test, ahead of Guardian S and Grand Galaxy Win. At the 2017 KWPN licensing, Governor won the stallion competition, beating series winner Toto Jr., also by Totilas, in second place. His father Totilas was the best dressage stallion of his generation, and has recorded many world records, and was 2010 World Champion and 2009 European individual gold and silver medallist under Edward Gal, with a scores of over 90% in both freestyles. Totilas was famous for his extravagant and expressive front leg movement and his harmonious relationship with his rider. Totilas is by the Kostolany son Gribaldi, who has produced several grand prix horses and many licensed stallions, including Painted Black, Hofrat, Unee BB, Easy Game and Grey Flanell. Governor's dam is a full-sister of Adelinde Cornelissen's great Parzival, and the damline is producing several outstanding stallions including Jerveaux.

Damline - Kremlin's dam is a keur mare, and his grand-dam Baresia competed successfully up to small tour. The famous 'Resia' damline has also produced the grand prix-winning stallion Dream Boy, and a host of other successful sport horses in dressage and jumping.