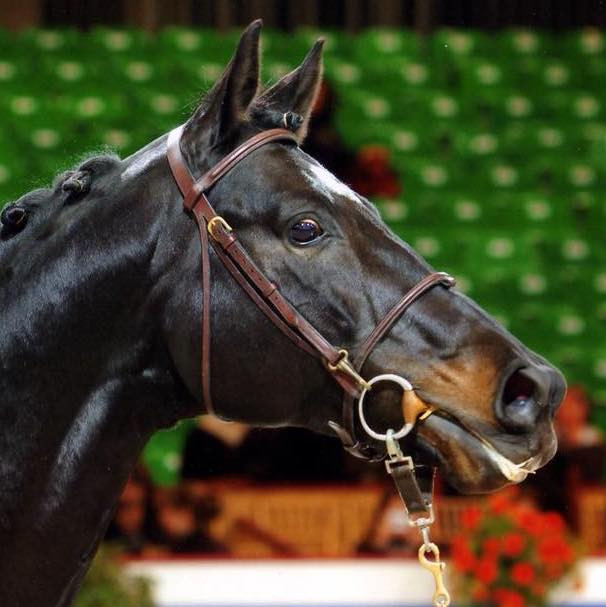 
Terms - €900+VAT for unlimited attempts with chilled or frozen semen, for one named mare in one breeding season. If the mare is certified not in foal by the end of September, you will have a 50% credit to use the following season for any stallion at the same stud. If the first AI of the season was July 1st or later, your credit in the event of no pregnancy is 100%.

About - An interesting addition to our roster, L'Elu de Dun is one of the only Anglo Arab stallions in Germany. At over 94% blood, he is a fantastic prospect as a sire of event horses or for jumping horses in need of more blood. He has excellent conformation and an outstanding temperament, and retired to stud sound and healthy as an 18-year-old.

Performance - L'Elu jumped internationally at CSI2* level, placing in classes up to 1.45m. He always displayed good rideability and trainiability, with a calm, level-headed temperament. In 2010 he was 3rd in the CSI * Grand Prix of Rodez Combelles, and in 2012 was 4th in the CSI ** Grand Prix of Castres.

Sire - Prima D'Or left the breeding scene early due to his death at 13. During his competition career, he won the grand prix in Poznan, and won many national grands prix in addition to enjoying many international successes. From a small number of offspring, he also produced the CCI2* eventer L'Artiste de Ceran and the international horses Ouaga d'Herrenet and Kruch des Agrazals. His dam's maternal half-sister produced the 1.50m jumper Little Rouge, by Papillon Rouge, while another of her half-sisters is the grand-dam of the CCI* eventer, Rejoind Moi.

Progeny - L'Elu's most successful offspring is Tsar du Manaou, who was seventh in the CCI3* at Le Haras du Pin and third in the CIC2* at Chaumont du Vexin, and is also successful in showjumping up to 1.30m level. His offspring all inherit his movement, type, and excellent temperament.