A beautiful, refining sire from one of the best Thoroughbred stallions ever to stand in Germany 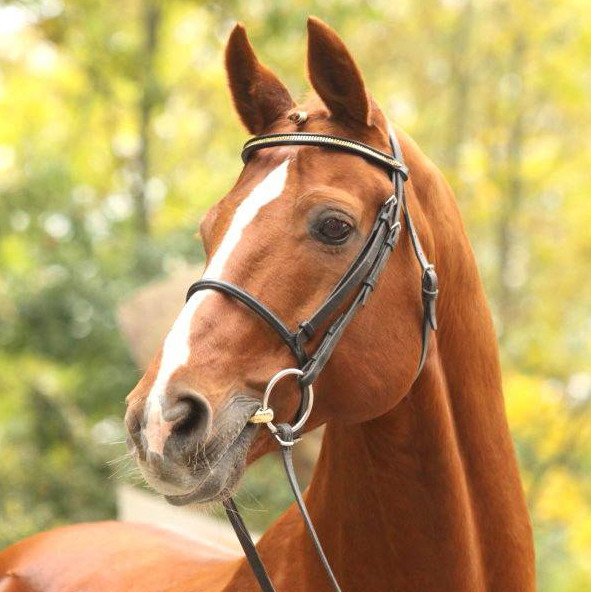 About - Londonderry, who died in 2017, was a tall, elegant stallion with very straight, correct and powerful movement. At over 60% blood, he is an ideal choice for breeders needing to lighten and refine a heavier or more old-fashioned mare. He was very rideable and trainable, and correct and light in the hand in all movements.

Performance - Londonderry was Bundeschampion as a four-year-old, and took the reserve title as a six-year-old. He was trained up to prix st georges level before being retired to focus on breeding, and has demonstrated talent for all of the grand prix work, including piaffe, passage and one time changes. He was crowned Hanoverian Stallion of the Year in 2013, following in his father's footsteps.

Sire - Sire Lauries Crusador xx has been one of the most influential Thoroughbred stallions ever licensed by the Hanoverian Verband. Born in Britain, Lauries Crusador had a successful career in racing before moving to Germany to stand at the state stud until he died aged 28. In 2006, not only did he provide both the champion and third placed colt of the Hanoverian licensing, but he also became the first non-Hanoverian stallion to be proclaimed Hanoverian Stallion of the Year, in recognition of his outstanding achievements in breeding. With over 2,500 foals, Lauries Crusador has over 50 licensed sons and hundreds of state premium daughters, among them the grand prix dressage horses Le Bo, Lesotho and Le Primeur. Apart from Londonderry, he also produced the renowned stallions Lancier, Longchamp and Laurentio.

Damline - The damline has produced a number of licensed stallions; Londonderry's dam has a licensed full brother in Wallstreet Kid, and their full sister produced the stallion London-Dance (also by Lauries Crusador), while their sister by Weltmeyer is the dam of the full brothers, licensed son Don Ricoss and grand prix winner Don Vertino.

Damsire Warkant is from a damline that has produced many successful sport horses in both jumping and dressage, including the stallions Rhodos and Quidam's Hero. Warkant's 16 licensed sons include the grand prix horses World Magic and Warkantos, while several more offspring have reached grand prix; Wunchstraum, What A Feeling and Karachi to name a few.

Progeny - Londonderry has more than 200 state premium daughters, and over 30 licensed sons, including the €900,000 auction highlight Lemony's Nicket, small tour winners Lou Bega and Locksley III and the grand prix stallions Lights of Londonderry, Lord Of Dream and Lord Albert. His son Londontime, the image of his sire, sold for €510,000 at Verden and also stands at the state stud.