A premium stallion who has impressed many with his amazing gaits. 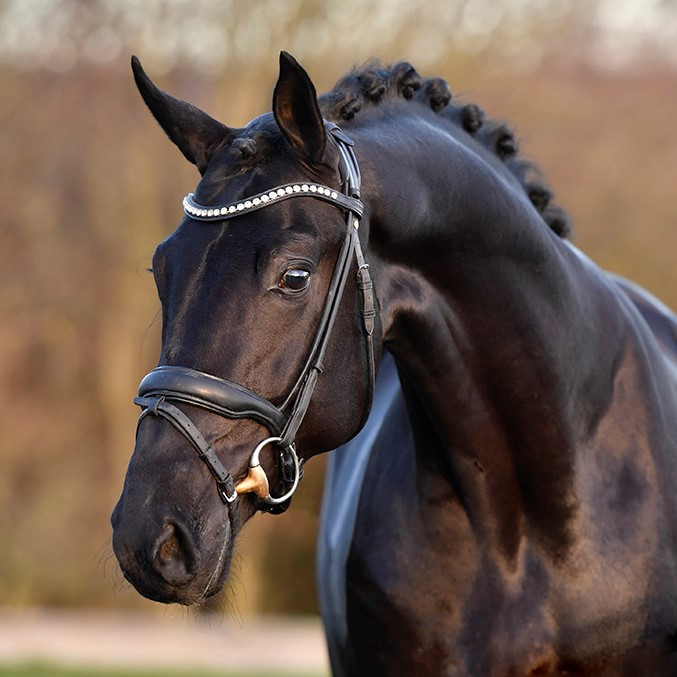 
Terms: €1300+VAT for unlimited attempts with chilled semen for one breeding season. If the mare is certified not in foal before the end of September then you get a 50% credit the following year to use on any stallion from the same stud. If the first AI of the year was 1st July or later, then the credit in the event of non-pregnancy is 100%.

About & Performance -  Lord Europe was one of the highest quality and most coveted stallions at the Hanoverian Stallion event and also reached the premium ring of stallions at the licensing in Denmark. Lord Europe fascinates with natural ground covering movements, as well as high quality paces and amazing rideability. He proved this at his stallion performance test in Denmark where he demonstrated how uphill his canter is and his willingness to perform.

Sire - His sire Lord Leatherdale, himself son of the World Vice Champion and German Champion Lord Loxley and the Champion mare Fairless, won advanced (S) level dressage classes with Daniel Bachmann Andersen/DEN. In Germany, seven of his sons are licensed, including Glamourdale/Charlotte Fry/GBR, seven-year-old World Champion and double winner of the CHIO Aachen. His sporting offspring are already successful at Grand Prix level.

Damline - His dam's sire Boston, a son of the famous stallion Jazz out of a Flemmingh dam, was Champion Stallion in 2008 and then moved to Isabell Werth's stables. Although he sadly died at a young age, he produced many very successful offspring such as Bernay and Borsalino who are both very successful licensed stallions.