One of Belgium's most popular young stallions 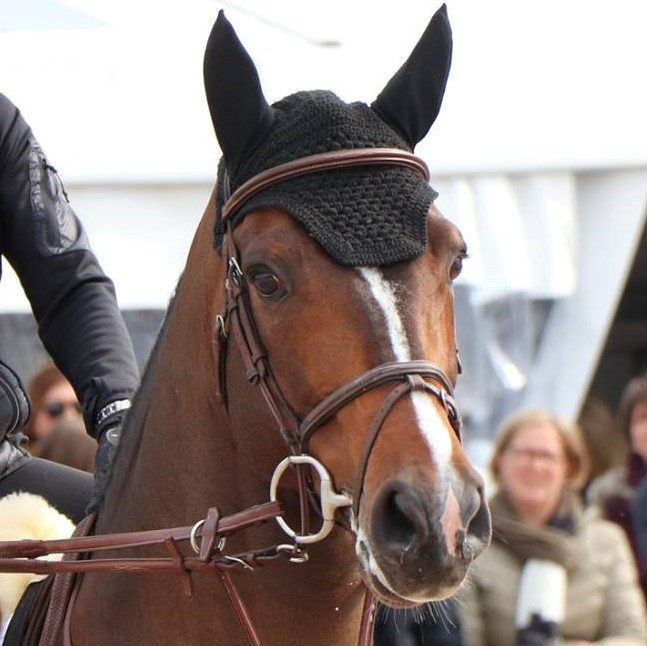 
Terms - €1750+VAT for unlimited attempts for one named mare in one breeding season. If the mare is certified not in foal at the end of September, €1250+VAT will be refunded. If the mare is certified in foal at the end of September, but subsequently dies, aborts or reabsorbs the foal, or the foal dies before 24hours, the covering will carry over the the next season to be used against any stallion at the same stud, and the mare can change going into a new year.

About - Luigi is a modern, blood-type stallion descended from a superb pedigree packed with grand prix horses. He is one of Belgium's most popular stallions, improving the quality, type, and jump in his offspring. He has striking looks, excellent attitude and a wonderfully light canter into a phenomenal technique over jumps.

Performance - Luigi is successful up to 1.45m level already, winning the 7-year-old final in Beerveld, and picking up many top-10 placings at international level in 2017 and 2018. He is now competing very well having made his debut in the Grand Prix in January receiving a large prize fund, having gone up the levels in 2019 he is showing his talents in numerous high class shows.

Sire - Sire Catoki is Philip Weishaput's World Cup horse, winning the Bordeaux leg of the series in February 2011. He was reserve Bundeschampion in 2003, Weser-Ems state champion and won the GP of Rastede in 2006. He has since been passed to young Danish rider Emil Hallundbaek, who piloted him to 5th at the FEI European Junior Championships 2015 and placed many times at 1.50m, a testament to his rideability and talent. Catoki has several offspring jumping at grand prix, including the licensed son Carrico. Catoki's sire Cambridge was also the sire of the Chambertin, who in turn sired the late, great, Chacco-Blue.