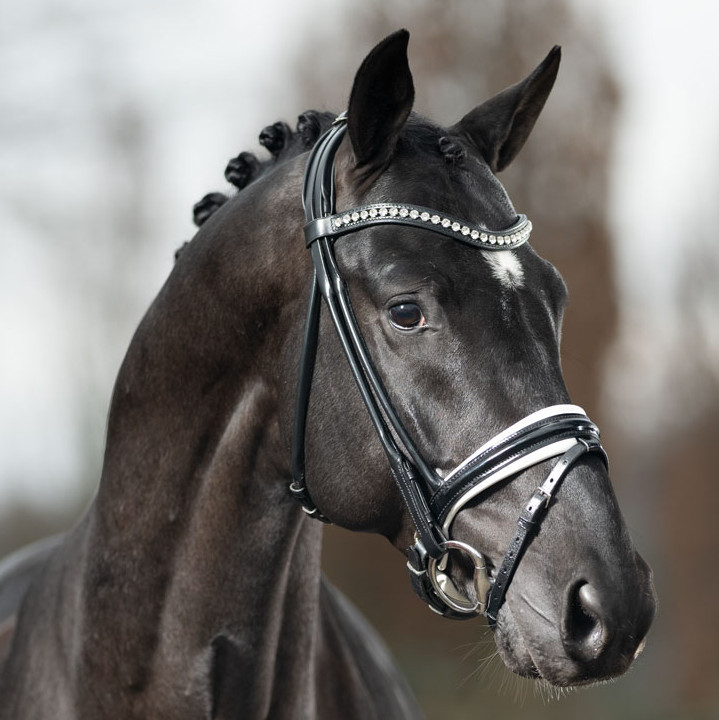 
Terms- €1000+VAT allowing unlimited attempts with chilled, for one named mare in one breeding season. If the mare is certified not in foal before the end of September then a 50% credit applies the following year to spend on any stallion from the same stud. If the first AI of the year is July 1st or later, the credit the following year is 100%.

Please note: Semen must be ordered before 9.30am.

About- Majestic Taonga impressed the judges and the audience with his movement, his conformation qualities and the ultra-modern type i. The premium stallion has everything that gives hope for a future dressage career. He has great shoulder freedom,  active hind leg and ynamic upward movements. In 2020, the promising KWPN stallion completed his 14-day ability test with a dressage final score of 8.25. Under the saddle, the black horse keeps everything that one could hope for and certainly a lot can still be expected here in terms of sport and breeding.

Sire- Glock's Toto Jr. (by Totilas) combines the best bloodlines of the Dutch breed with the best of the Hanoverian world, which includes both Desperados and Rotspon. Glock's Toto Jr. is the first licensed son of the legendary Totilas. In early 2014 he won the stallion performance test in Ermelo with 86 points, was victorious in the PAVO Cup 2015–16 and won the Stallion Competition in classes L and M two years in succession.

Damline- Jamsession Taonga herself competed up to Advanced medium herself, and already has offspring competing succesfully up to Inter I,like Impress Taonga.

Jamsession's Taonga's sire Jazz needs no introduction , Jazz is one of the most significant sires for dressage breeding in the KWPN studbook.

Progeny- Last year Majestic Toanga was available to breeders through the Warendorf State Stud and was very popular, so numerous foals from his first crop will be born this year.