A highlight from the KWPN licensing 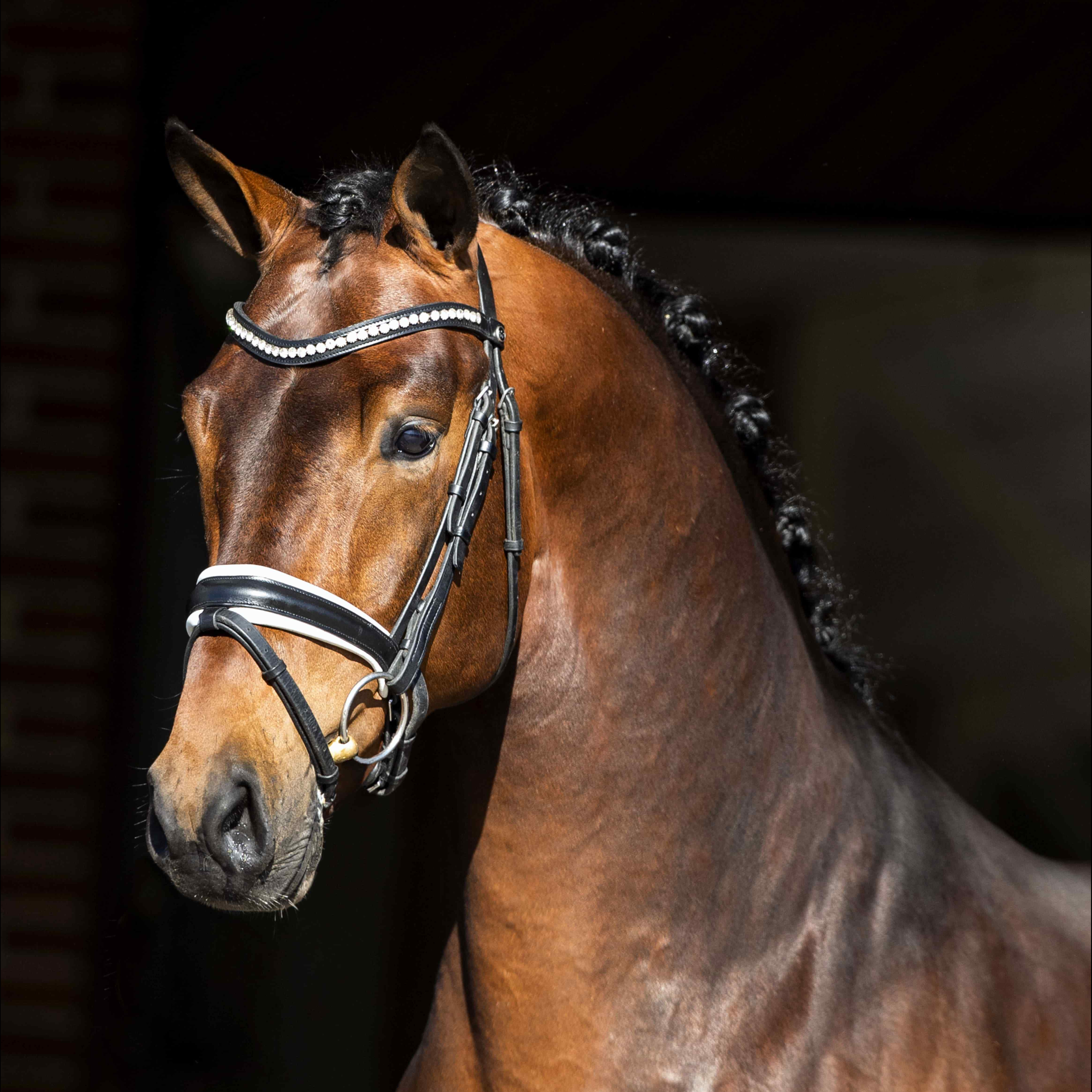 
Terms - €1300+VAT for unlimited attempts with chilled semen, for one named mare in one breeding season. If the mare is certified not in foal by the end of September, €800+VAT will be refunded.

PLEASE NOTE: Blue Hors Monte Carlo is collected on Monday, Wednesday, and Friday only and orders need to be booked before 8am for delivery the following day.

About & Performance - Monte Carlo was a huge highlight from the KWPN show in 2020, earning a well deserved premium. Top performance blood from his sire Dream Boy, and damsire United, has given this stallion three incredible basic gaits and a set of powerful hindlegs. Even as a young stallion he has impressed a huge amount of professionals in the breeding industry, he is beginning work under saddle at Blue Hors and riders are already commending him on his trainability and impressive movements, this horse is something very special.

In his performance test in 2020 Monte Carlo was the second highest scoring stallion with a total of 88 points.

Sire - Dream Boy's sporting career was exceptional and his talents as a sire are equally as impressive. In his PAVO Cup qualifiers, Dream Boy won two out of the four legs, and came fourth in the final.  In the GMB Stallion competition he placed second in the final, and received a score of 9.5 for his trot, his canter, and his talent. In the World Young Horse Championships in Verden, Dream Boy was 14th in 2013 before excelling to take the bronze medal for six-year-old horses in 2014, having won the first round. In 2016, Hans Peter Minderhoud took over the ride, and together they won the Dutch Small Tour Championships in 2016. On taking over the ride, Hans Peter said: "He is a very talented horse, likes to work and has such a positive character. He has everything a Grand Prix horse needs." Dream Boy made his grand prix debut in January 2018, winning with over 74%, and was part of the Dutch team at the World Equestrian Games; a stunning achievement in his first season at the level. He then defeated all comers in the 2018 Olympia grand prix, and won the grand prix freestyle at Mechelen just days later on a score of over 83%.

Damline - Gina Ballerina is a Keur mare who holds several Grand Prix horses in her blood as well as licensed sons. Her sire is the BWP Ambassador United who had an amazing career from the very start having been awarded some of the highest marks in his performance test in Verden, 9.5 for trot and canter. He went on to compete in the World Championships as a young horse, then at Prix St. Georges level receiving scores above 70 percent. His second dam is the great stallion Jazz who is in the bloodlines of countless premium mares and leading modern day stallions.

Progeny - The first crop of foals by Monte Carlo have shown masses of potential with lots of action, good shoulder movement and power. They proved this worth at both Blue Hors Open House 2021 and Blue Hors Foal Evening 2021, where several Monte Carlo offspring were shown. Similar for all of them them, was their gait-capability and attractive attitude, that certainly bodes well for the future.