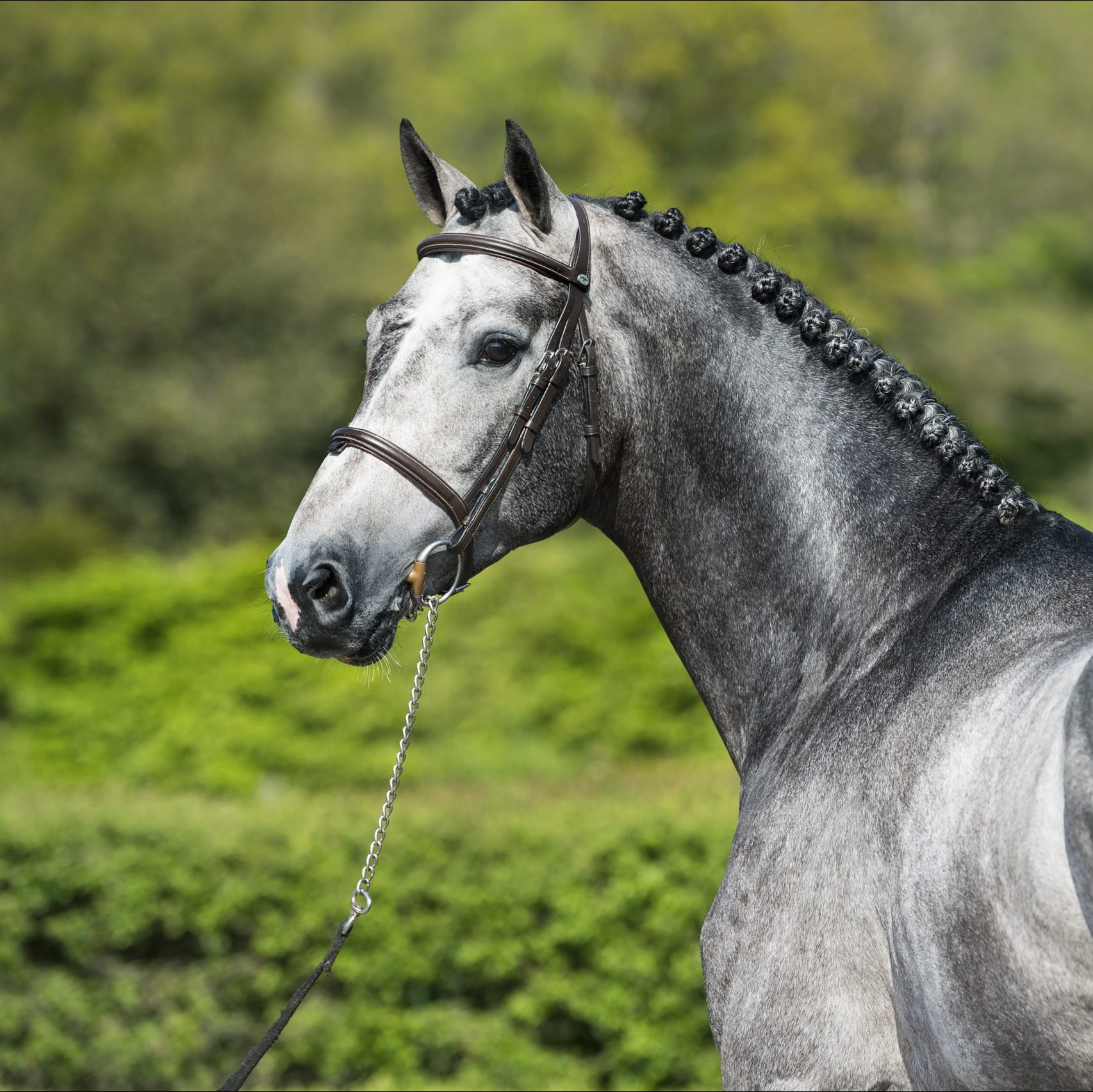 
Terms- €900+VAT for unlimited attempts with chilled semen, for one named mare in one breeding season. If your mare is certified not in foal before the end of September, then €650+VAT will be refunded.

Sire- Cornet Obolensky the grey son of Clinton, bred out of the Heartbreaker-daughter Rabanna van Costersveld, was a phenomenon in sport under the saddle of Marco Kutscher. In recent years Cornet Obolensky has been a fixture in the top 10 of best showjumping horse sires in the world rankings.

Damline- His mother Ohaj de Regor  is jumping at 1.35m level with Dagmar Veldeman. As a four-year-old,, won the title at the BWP breeding-day with the older mares. At the age of two and three, Ohaj won several free jumping competitions in Belgium. Her sire Kannan led the world ranking for many years and is still very topical in the sport with his excellent offspring.