Young stallion who is excelling internationally 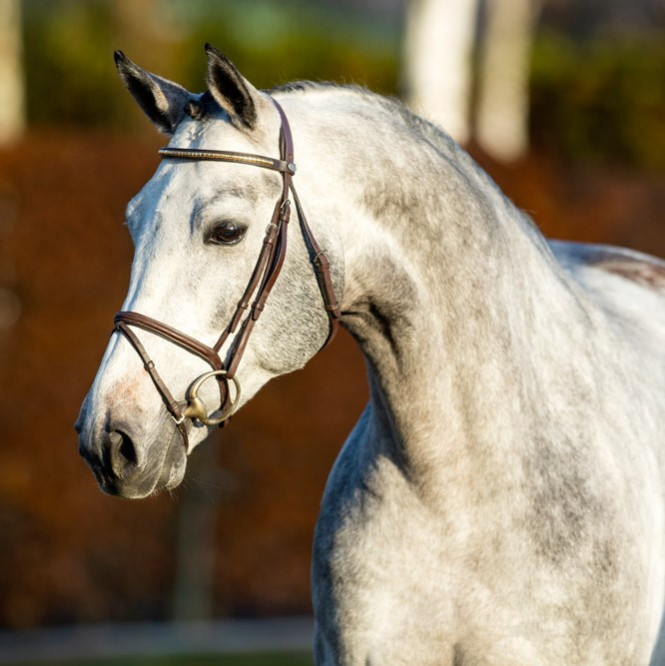 
Terms - Frozen semen €600 + VAT, per straw of frozen semen. Allowing the registration of one foal. ICSI is not permitted.

About & Performance - Mumbai is a successful stallion and is a prime example of a top performing horse, due to his bloodlines of great stallions such as Diamant de Semily, Nebab de Reve and Chin Chin. He was produced slowly as a youngster and is now showing how strong his ability is, he competed as a six year old with rider Nick Vrins in the international youngster tour. He placed sixth overall ranking in the prestigious Hengstcompetitie series in the Netherlands and when he was 7 he excelled in the world championships in Lanaken in 2019.

Sire -  Diamant was successful immediately as a young horse, qualifying for the French Championships at Fontainebleau as a four-, five-, and six-year-old. His international career was exceptional; team gold at the 2002 World Equestrian Games (and individual ninth), team silver at the 2003 European Championships, and 2002 French Champion. He was selected for the 2004 Olympic Games, but missed out due to injury. His grand prix offpsring include Don VHP Z, Emerald, Heliodor Hybris, Sunshine, Hello Guv'nor, Rock'n'Roll Semilly, Flipper D'Elle, and Utamaro D'Ecaussines. He is also the sire of a CCI4* event horse in Toledo de Kerser, winner of the Bramham U25CCI3* in 2016 and shortlisted for the Rio 2016 Olympics under Tom McEwen.