A young stallion with a reliable damline. 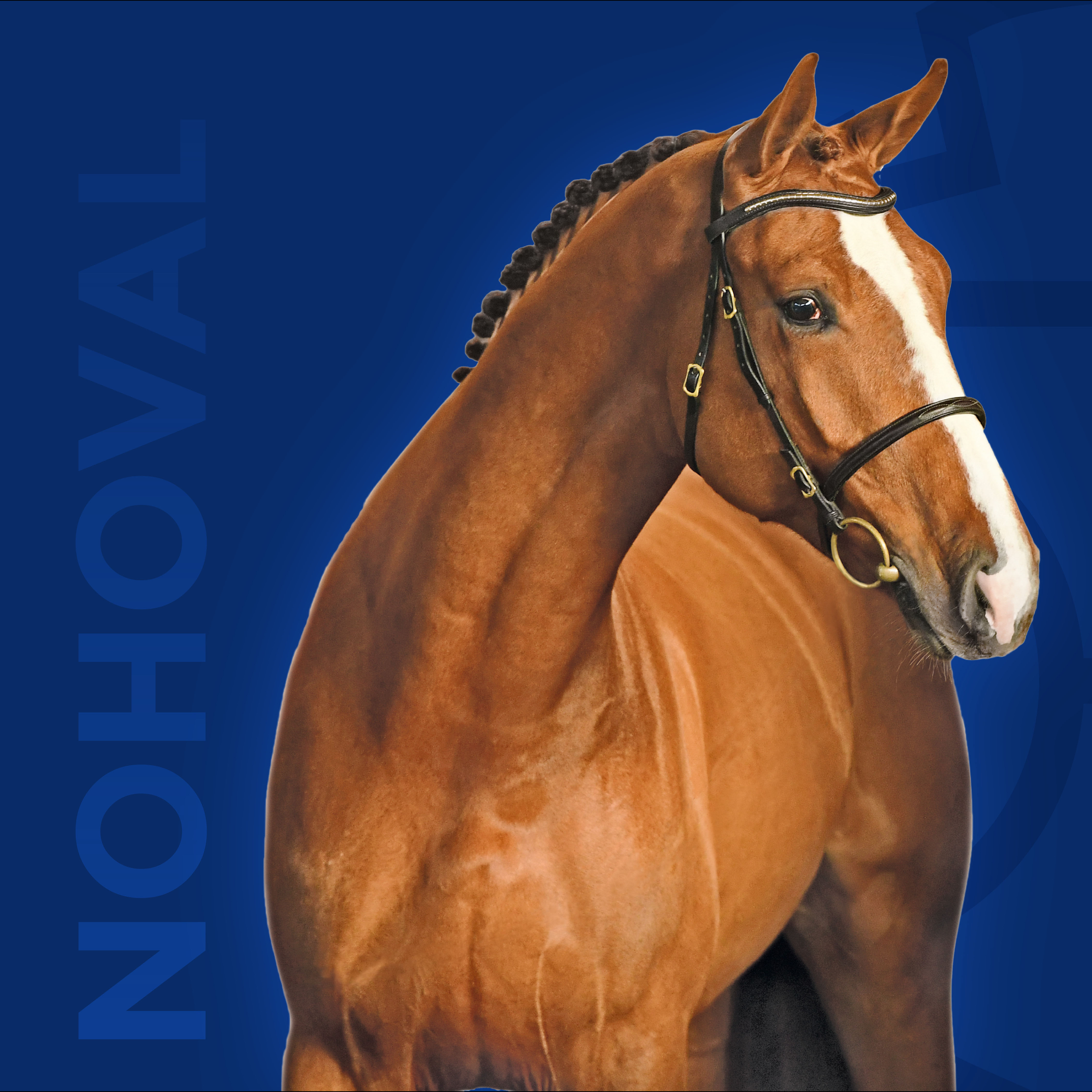 
Terms-  €750 +VAT for unlimited attempts with chilled semen on one named mare in one breeding season, if the mare is certified not in foal by the end of September €400 +VAT will be refunded.

About- Nohoval ZR is one of the most interesting stallion candidates of the preselection to the Müster-Handorf stallion licensing. The chestnut stallion’s impressive performance left no room for doubt with regard to his athletic quality.
Nohoval embodies a bunch of good qualities: big frame, very good top-line, excellent withers, as well as three basic gaits characterized by energy, rhythm, and carrying power. Just backed, his rideability has already become obvious. Nohoval’s most distinctive quality is his jumping. Always forward, with a powerful take-off and always displaying very good technique.

Sire- Nixon van’t Meulenhof is among the most frequently used young stallions in Belgium. His performances with Harrie Smolders attracted a lot of attention, with his way of jumping considered particularly thrilling. This is not by coincidence, as his half-brother Emerald as well as his offspring also stand out for their exceptional jumping.
Other than the stallions Nixon and Emerald, their dam Carthina Z by Carthago has produced two more 1.60m level show jumping offspring.