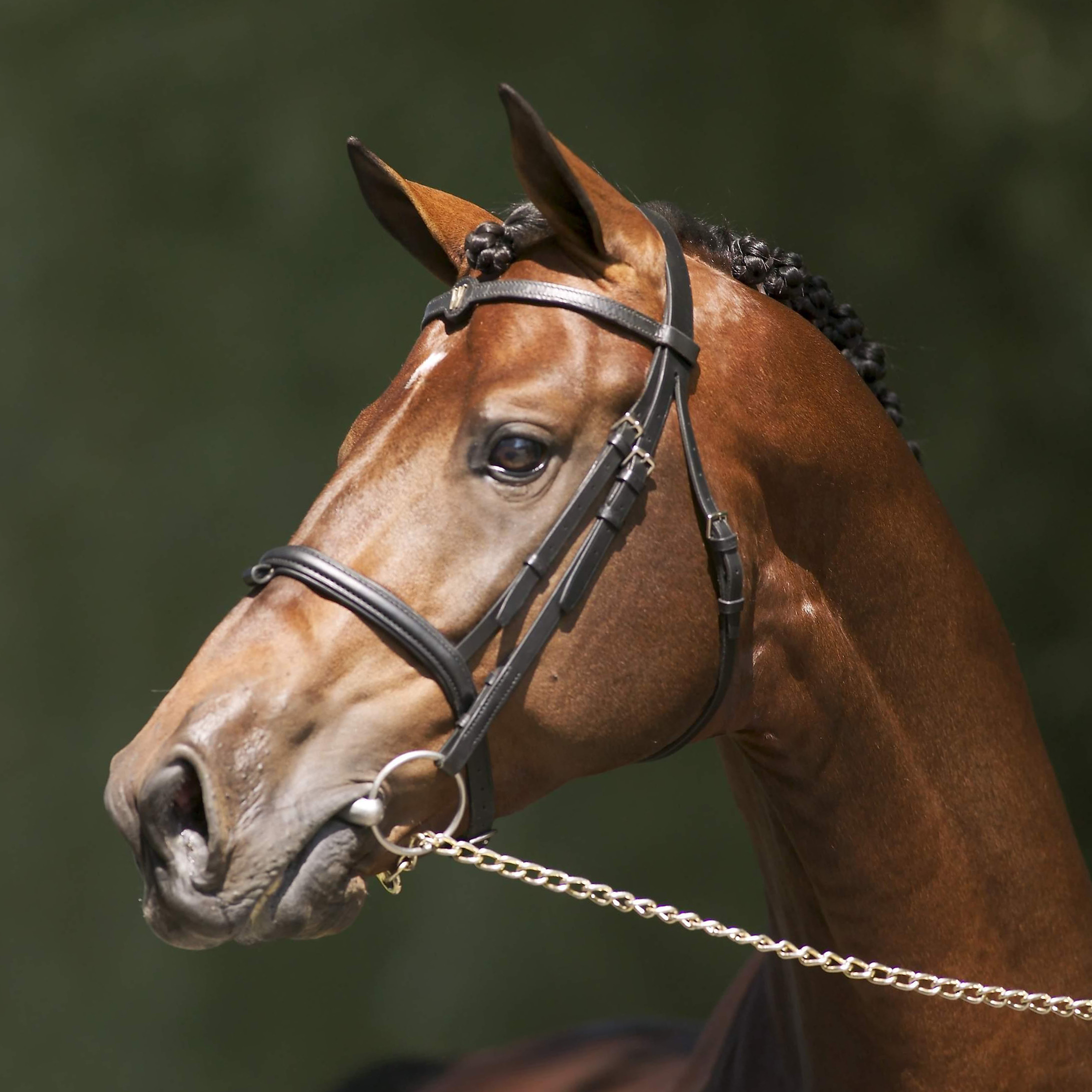 
Terms:  €2000 + VAT, allowing unlimited attempts with chilled semen, on one named mare in one breeding season. If the mare is certified not in foal before the end of September, €1700 + VAT will be refunded.

About - Numero Uno is an internationally successful stallion who has proved himself over and over as one of the top sires of modern breeding. When he was awarded keur status from the KWPN in 2011, he was the youngest stallion to have done so for the past decade. Three years later, he was awarded the predicate 'preferent', in recognition of his outstanding performance record and offspring. His jumping technique is exemplary; he demonstrates a powerful, very balanced, and elastic canter, with good collection. He is quick off the ground, demonstrating abundant push and clearing the jumps well. He also is also very careful, with abundant scope.

Performance - Numero Uno won his performance test with excellent scores; he received a 9.0 for canter, and scored an average of 8.5 for the jumping section. His explosive take-off earned him another 9.0. He jumped internationally under Marco Kutscher up to 1.50m level, having more than 25 international wins and placings.

Sire - Libero H made history when he won the 1994 World Cup final and proved to be a sire of exceptional calibre. Libero H’s outstanding traits, particularly his conformation and movement, are passed on by Numero Uno. He produced more than 70 grand prix jumpers, including the licensed stallions Liberato H, Class Action, and Rocky W. In total, more than 25 sons are licensed, among them Ustinov, sire of prolific young horse winner Dakota van Schuttershof.

Damline - Jolanda, like the Olympic showjumping stallion Lux, descends from Lord Calando. Grand-dam Feinschnit, by Ahorn,produced the national showjumping horse Kapitol, who as a five-year-old gave an excellent performance in the world championships for young horses at Lanaken. The mother line continues via the well known stallion Farnese to the mare Fernsicht (Ladykiller xx), who is a full sister to the reputable stallion Lorenz. This famous Holstein lineage, which is registered under number 429, also produced the stallions Aldato (Anblick xx), Heidelberg (Ladykiller xx) and Benedictus (Benvenuto xx).

Progeny - Numero Uno's offspring are bursting onto the international stage with much success. Horses such as Tamino, Tyson, Abunola, Ammaretto, and Van Gogh, who won the GCT Grand Prix in Valkenswaard, the LA Masters GP 2015 and the Hong Kong Masters 2016, are very successful in international GP competitions. Van Gogh is the sire of 2016 Olympic team gold medallist in dressage, Cosmo. Numero Uno is homozygous bay; he will not produce chestnuts.