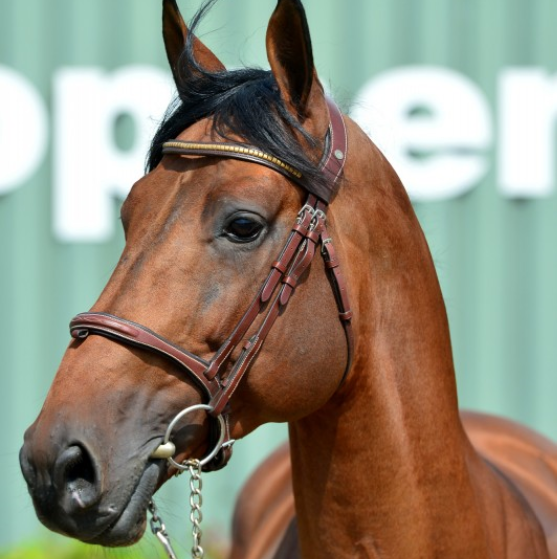 
Terms:  €800+VAT for unlimited attempts with chilled semen, for one named mare, in one breeding season. If the mare is certified not in foal by the end of September, €600+VAT will be refunded.

About & Performance - Piper van de Heffinck is an interestingly bred son, of the legendary stallion Quickstar. With H&M Cabrio vd Heffinck and Heartbreaker in the motherline he has interesting modern bloodlines! His damline is the famous BWP 13 line, this line is plenty of good international showjumping horses. Piper vd Heffinck is a correct stallion with quick reflexes and good technique.

Sire - Quick Star was ranked number three in the World Breeding Federation of Sport Horses (WBFSH) sire rankings in 2013. Quick Star launched Meredith Michaels-Beerbaum’s career with wins at the Grand Prix of Maastricht and Munich being particular highlights. Quick Star’s sire, Galoubet A; the leading sire of the French Studbook, was also a performer, winning an incredible 19 Grand Prix titles in his career. Galoubet is also the father of the number five breeding sire on the WBFSH Baloubet Du Rouet. On his dam’s side, Quick Star was again bred to perform. His dam, Stella, a 7/8th Anglo-Arab, jumped internationally with Nelson Pessoa.

Damline - Dam sire Cabrio Van de Heffinck is a correct and athletic stallion with many great qualities for the sport. In his pedigree we find Cassini I and Calato. Two sons of the famous Capitol I. Cassini I and Calato also had a succesfull career in sport and breeding. Both competed on GP-level en they transmit their valuable jumping-qualities to their children. Grand-dam Faith van D'Abdijhoeve produced 1.50 mare Ima van D'Abdijhoeve who had a multiple Grand Prix placings with Elizabeth Gingras and Charlotte Leoni.