Emerald son of a leading damline 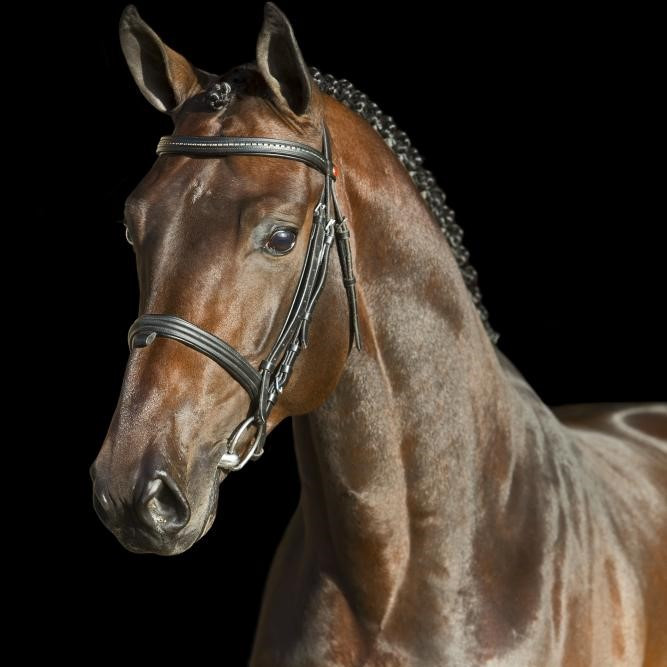 About & Performance - Pommerol de Muze has been approved by the BWP, where he stood out due to his fantastic technique, reflexes and athletic ability. Under saddle, Pommerol de Muze keeps on showing off his remarkable talents. With his fantastic pedigree and his own jumping qualities, Pommerol de Muze can be a great asset to breeding. Pommerol de Muze brings together world’s best showjumping genes and was bred out of one of Belgium’s most famous damlines. Ridden by Harrie Smolders, sire Emerald has been one of the most successful showjumpers in the world for many years and was part of the Olympic team in Rio de Janeiro in 2016. In addition, Emerald won numerous CSI5* Grand Prixs and finished in second place in the World Cup Final. Although Emerald did not breed a great number of offspring in his first years, an impressive percentage jumps at international Grand Prix-level.

Sire - As a six year old Emerald van ’t Ruytershof was reserve champion at the World Championships for young horses, and five years later he was part of the Dutch team and finalist at the Olympic Games in Rio de Janiero, and was second in the World Cup Final in Gothenburg. Emerald has many international Grand Prix victories with his rider Harrie Smolders. In 2018 he was the winner of the grands prix in Bordeaux and LGCT Cannes, second in the World Cup team final in Paris and the LGCT in Doha, and third in the Rolex grand prix in s'Hertogenbosch.

Damline - The damline of Pommerol de Muze is what makes him really special. Granddam Caipiranja jumps at 1.60m Grand Prix-level with Canada’s Tiffany Foster and has had some great results at shows like Spruce Meadows, La Coruña, Samorin and Bonheiden. Great-granddam Carrera de Muze jumped at Grand Prix level with Harrie Smolders and Kurt De Clerq and is a direct daughter of the famous Walnut de Muze. Ridden by Harrie Smolders, Walnut de Muze was one of the Netherlands’ best showjumpers and in breeding, Walnut de Muze produced the approved stallions Falaise de Muze and I’m Special de Muze. Then Pommerol’s pedigree goes back to the world-famous mare Qerly Chin, who jumped at the highest level with Christophe Barbeau and then became a world-class broodmare.

Progeny-  Daughter Pacific AWH Z was with €12.000 one of the topsellers in the Wolden Summer Sale.