Olympic jumping stallion and winner of the Geneva Grand Prix 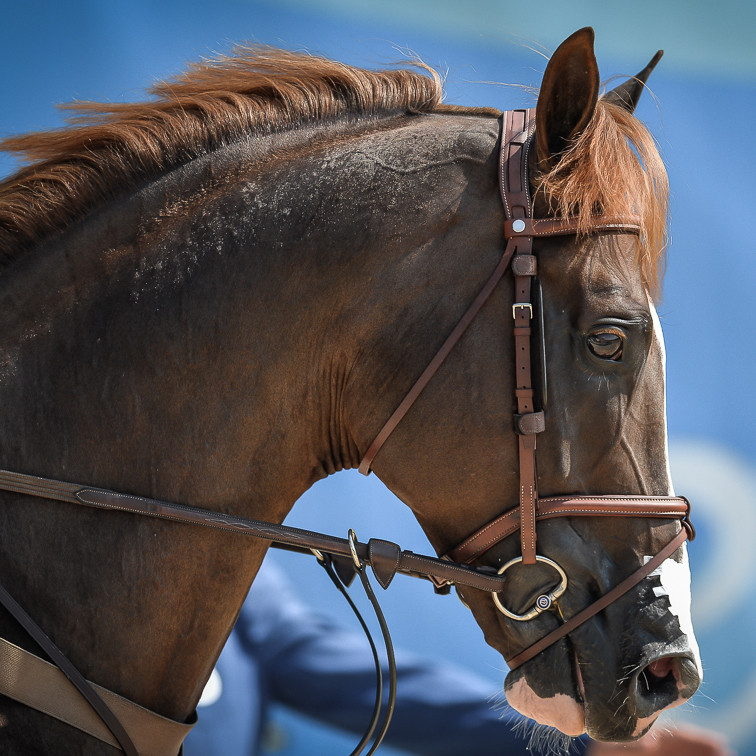 About - Quabri de L'isle is an international superstar who has become one of the most popular breeding stallions on the scene. He is a beautiful, elegant stallion who is light on the ground, quick in the air and very rideable, with great adjustability before and after a fence.

Performance - Under Pedro Veniss, Quabri de L'isle has appeared at three senior chmpionships for Brazil, finishing 16th individually at the 2016 Rio Olympic Games, and leading the team to 5th in Rio and at the World Equestrian Games in Caen, and picking up an individual fifth and team fourth at the 2015 Pan American Games in Toronto. In December 2016, Quabri de L'isle was the outstanding winner of the Geneva Rolex Grand Prix, setting him up as the current contender for the Rolex Grand Slam of Showjumping. His other wins and placings include third in the Rolex CP International in Calgary, 8th in the 2015 Rolex Geneva Grand Prix, along with top ten finishes in Rotterdam, Barcelona, Gijon, St Lo, Bonheiden, Calgary, as well as Nations Cup appearances for Brazil in Spruce Meadows and Barcelona. In May 2017, they won the Rolex Grand Prix of Versailles, taking hom €75,000 in the process.

Sire - Kannan was internationally successful with Francois Mathy Jr. and Michel Hécard. He has produced over 200 international show jumping horses, including the Olympic Champion Nino des Buissonets and Hickstead Derby winner Adventure de Kannan, and has been placed in the top group of the world WBFSH ranking for years; in 2016, he lies in fifth for jumping and tenth for eventing; an exceptional feat as no other stallion appears in the rankings for more than one discipline. He is the sire of CCI4* event horses Billy Beware, who has won six international classes and finished sixth at Badminton 2014, his first CCI4*, and Ogustin du Terroir, who was second in the Vairano Nations Cup and fourth in the under-25 CCI3* at Bramham. He sired the winner of the 2016 Westphalian licensing, Karajan, who sold in the ensuing auction for over €600,000.

Progeny - Having been focused on sport for many years, Quabri's first foals only arrived in 2016, and he has only been available to a very limited number of mares until now. His first foals are models of their sire; they are elegant, light-framed foals who move very well with a lot of freedom and character - we are excited to see how they develop.