A champion stallion with the fantastic bloodlines of thoroughbred stars. 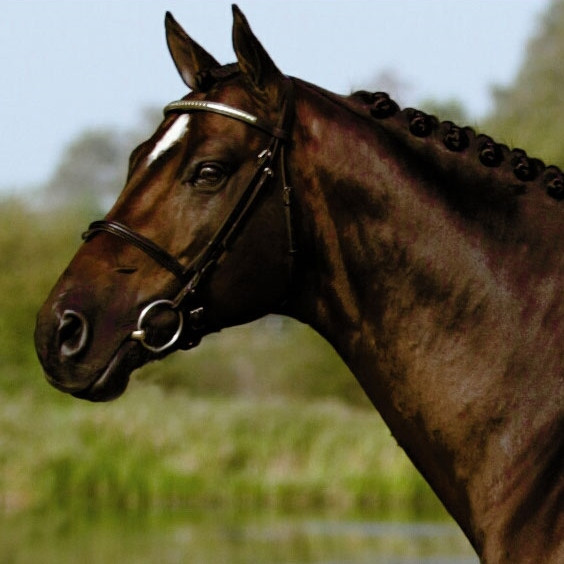 
Terms - €1500 + VAT for unlimited attempts with frozen semen on one named mare in one breeding season. If the mare is certified not in foal by the end of September then a €1000 + VAT will be refunded.

About/Performance -  The dark bay Holsteiner stallion Quite Easy is Sweden's most successful breeding sire of 2010.The sire totalled 72 points in the Breeders' Trophy ranking and topped the field with a huge point advantage due to his versatility. Quite Easy’s sport career took second place to his breeding duties at Flyinge, in Sweden. Nonetheless, he was Swedish 7/8 yr old Champion 2001, and National Vice Champion in 2003.

Damline - Birte’s mother Ucapitola is the full sister of Capitol I and II, and half sister of Latus I and II. She produced Landcapitol, Lord Capitol and Quite Capitol (a successful international stallion and sire, by Quidam de Revel).

Progeny - Quite Easy’s reputation for producing foals with a fantastic model, movement and attitude has led him to be widely used. The first impression of his offspring is the wide-reaching accolades they have won at foal and youngstock shows. But they have gone on to excel in sport too – in 2010 he entered the WBFSH top 100 list of sires for jumping, and he went on to produce National Young Horse finalists and winners, such as Quite Nick, Quite Lovely.. His international performers now include Eurocommerce Cleveland, Quite Nick, Aleqs, Holliday KLG and many more. Furthermore, he made his mark in the dressage world – Que Faire and Quite Nice, elite in Dressage, and Que Sera – a 4yr old Dressage Champion; Quite a Miracle, Horse of the Year in 2009 in Sweden. In eventing, he sired the French National 6yr old Champion in 2011 (Ramsa Villa Rose), and international horses such as Court Appearance and Quite a Lady.