A great combination of TB blood. 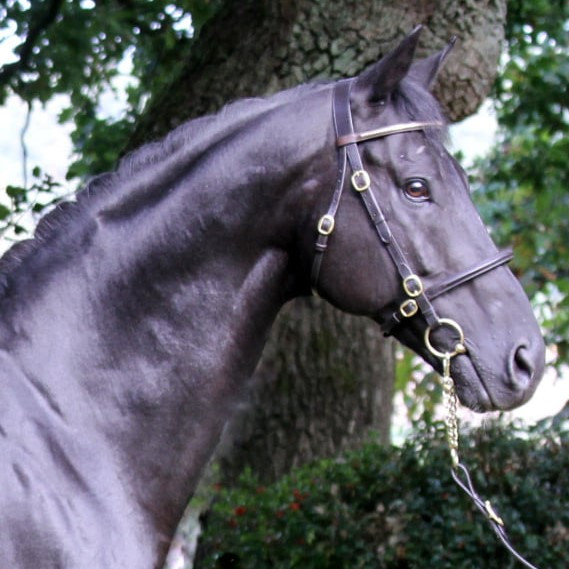 
Terms - €900+VAT for unlimited attempts with chilled semen, for one named mare in one breeding season. If the mare is certified not in foal by the end of September, you will have a 50% credit to use the following season for any stallion at the same stud. If the first AI of the season was July 1st or later, your credit in the event of no pregnancy is 100%.

About & Performance - Rock of Romance is a thoroughbred that has three very good gaits and an impressive uphill conformation. His trot is active and has good uphill tendency and his canter has good ability to collect. In 5 racing years he was able to record 5 victories in addition to many placings, including a victory at Group III level and came to a total lifetime winnings of € 129,629.

Sire - The father, Rock of Gibraltar, was able to achieve an unbelievable 7 Group 1 victories in a row, breaking the Mill Reef record that has not been broken for 30 years. He has brought over 130 Blacktype winners worldwide. Some of these pure thoroughbred offspring are already successful in versatility tests up to CCI ***.

Damline - Rock of Romance's mother, Romantic Venture, was victorious and placed several times and was able to produce several winners.