A radiant young stallion by the World Champion Revolution 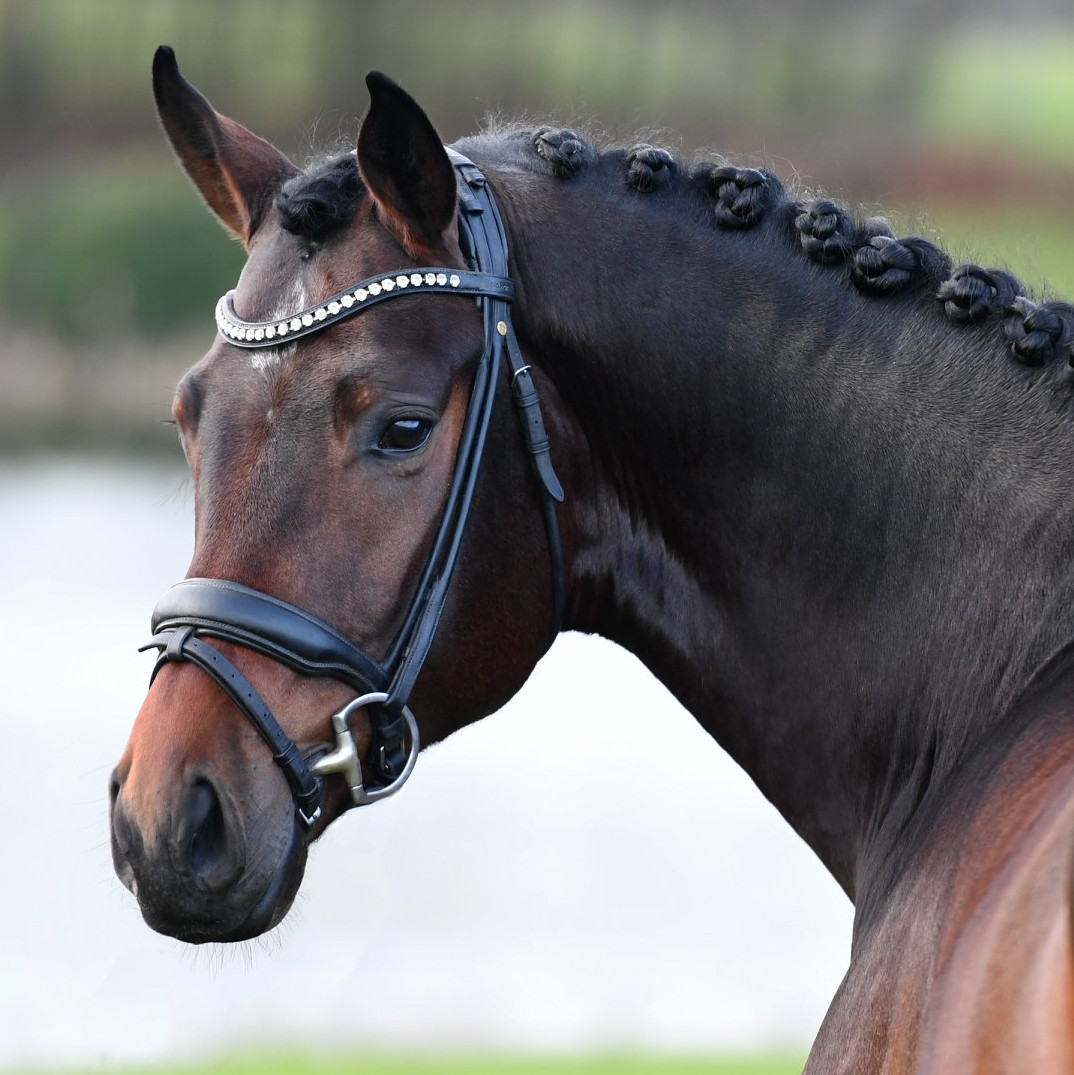 
Terms: €1000+VAT for unlimited attempts with frozen semen for one named mare in one breeding season.  If the mare is certified not in foal before the end of September then you get a 50% credit the following year to use on any stallion from the same stud. If the first AI of the year was 1st July or later, then the credit in the event of non-pregnancy is 100%.

About & Performance  -  This young stallion Rockabye is a horse who is particularly exciting having the bloodlines form the premium stallion Revolution, having the combination of Bolero blood which is interesting in todays breeding. Rockabye catches the eye of many who see him, as he has many of the fantastic qualities of his sire, with his good looks and strong gaits there not much to fault this young prospect!

Sire -  Revolution was awarded a premium at the Hanoverian and DWB licensings, and won his 30-day performance test in 2016 with seven scores of 10.0. At the Danish licensing, Revolution was champion stallion and the judges announced "if anyone has difficulties in understanding the term “uphill” when used about a horse’s gaits, then they only need to watch Revolution in canter. He is a fascinating stallion and stands in a league of his own." At the 2017 Danish Young Horse Championships, Revolution scored record marks in the finals and claimed the national title. The massively moving stallion socred for 10 for trot, canter, rideability and potential and 8.5 for walk. He totaled 9.70 for the victory. In 2018, Revolution has been selected for the World Breeding Championships under dressage maestro Andreas Helgstrand.

Damline - The dam sire is by the exceptional stallion Brentano II, this line has produced top licensed stallions such as,  French Kiss/Katrin Burger, 2004 World Champion of six-year-old dressage horses and Feinsinn/Carolin Linde as well as the German Champion and Grand Prix successful Bini Bo/Inge Schmezer.