The most successful Lusitano dressage stallion of modern times 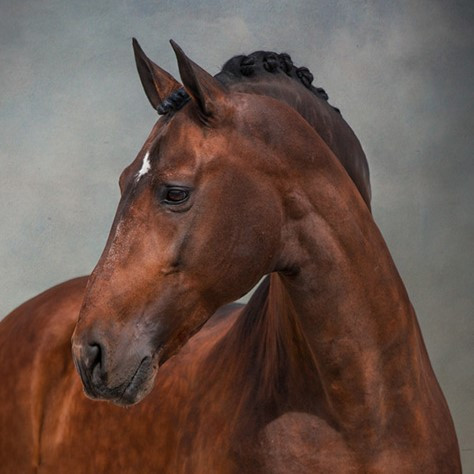 
Terms - €2500 + VAT which permits up to 2 attempts to achieve 1 pregnancy. Only one dose of frozen semen will be sent at a time and if the mare is not in foal at the first attempt, and the empty straws are returned to Elite Stallions the purchaser will be permitted to a second dose. Each additional embryo will result in another stud fee of €2.500 (+ VAT) becoming payable. The mare cannot be changed and there is no guaranty of pregnancy. ICSI is strictly prohibited. Orders will be sent to mares approved by the stallion owner only therefore please send your mares details to office@elitestallions.co.uk in advance.

About - Rubi AR is the most successful Lusitano stallion available today. After a stellar international career, he has been retired to stud and is proving as successful as a stallion as he was as a dressage horse, with offspring reaching the highest levels. He is ranked in 41st on the 2017 WBFSH sire rankings for dressage; the highest rank of any Iberian stallion.

Performance - Rubi has appeared at four senior championships; two European Championships (Rotterdam 2011, Herning 2013), one World Equestrian Games (Kentucky 2010) and one Olympics (London 2012). At the Olympics, he finished 16th individually, scoring +77% in the freestyle, and +74% in the grand prix special. Rubi has picked up 19 international wins during his career, with his best score topping 78% in the grand prix freestyle at Vilamoura. He has been champion of Portugal on multiple occasions, and in 2013 was ranked 19th in the world on the WBFSH dressage rankings.

Sire - In 2012, Rubi's sire Batial was 51st in the WBFSH dressage sire rankings on the strength of Rubi's performances alone, as his only offspring competing internationally at the time. Batial's sire Trovao was linebred twice in his pedigree, with two doses of Principle VIII via his sire Vidago and two of Marialva II from his dam Iorquina. Rubi himself carries a second dose of Vidago as his dam's damsire, and two doses of Zorra II, one from each side of his pedigree.

Progeny - Rubi is now well-established as a sire with a number of successful sons and daughters in sport. These include Coroado AR, who won a grand prix in Lisbon on +72% and has had 27 top-three results at international level. Beirão AR is now competing at grand prix alongside his breeding duties, Gavião dos Cedros, was Spanish national champion, Herói de Seixo, was the winner of an FEI 5-year-old qualifer with +86% and is now training with Kyra Kyrklund. Younger offspring include Fenix de Tineo, winner of several international small tour classes, and Bailarina, a regional eventing champion in Oldenburg.