Full brother of Rockefeller and Romanov 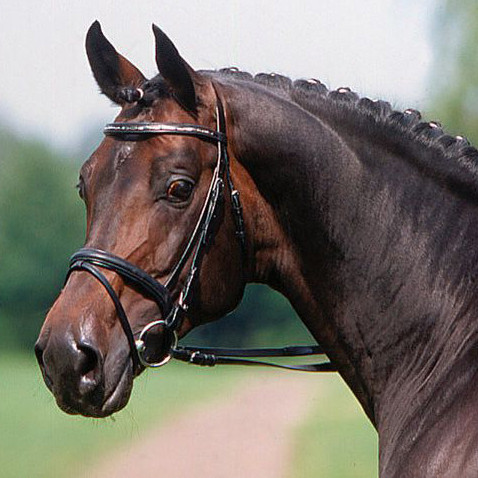 
Terms: €1500 + VAT per dose of frozen semen for the registration of one foal.

About - Rubin Royal OLD is a beautiful, proven stallion from an incredible family. He is a lovely type, with a good frame, outstanding movement, and very good rideability.

Performance - Rubin Royal has had a brilliant career from the very start. He was champion of his licensing, and then won the Hauptprämie, awarded for the best first crop of foals, and was VTV Dressage Stallion of the Year. He is ranked fourth on the WBFSH Sire Rankings for 2016, up from eighth in 2015. He competed at international grand prix, winning the Kür at La Mandria and placing at Aachen, Dortmund and Stuttgart, among others.

Progeny - Rubin Royal is the sire of numerous grand prix horses, including British-ridden Rubins Nite, Rosalie B, and Rubin Al Asad, who was the travelling reserve for the Rio 2016 Olympics. Among his other grand prix offspring are Rubin Cortes, Rubicon and Real Dancer, all of whom have won at international level. His daughter U.S. Latina, bred by Urs Schweizer, was Swiss Champion Mare, placed in the 2009 World Young Horse Championships, and took sixth place in the 2011 Burg-Pokal final before enjoying a successful grand prix career.

He is also successful as damsire; Lorenzo, ridden by Severo Jurado Lopez, is out of a Rubin Royal daughter, as is the sensational stallion Morricone.