A beautiful, modern and rideable son of Sandro Hit 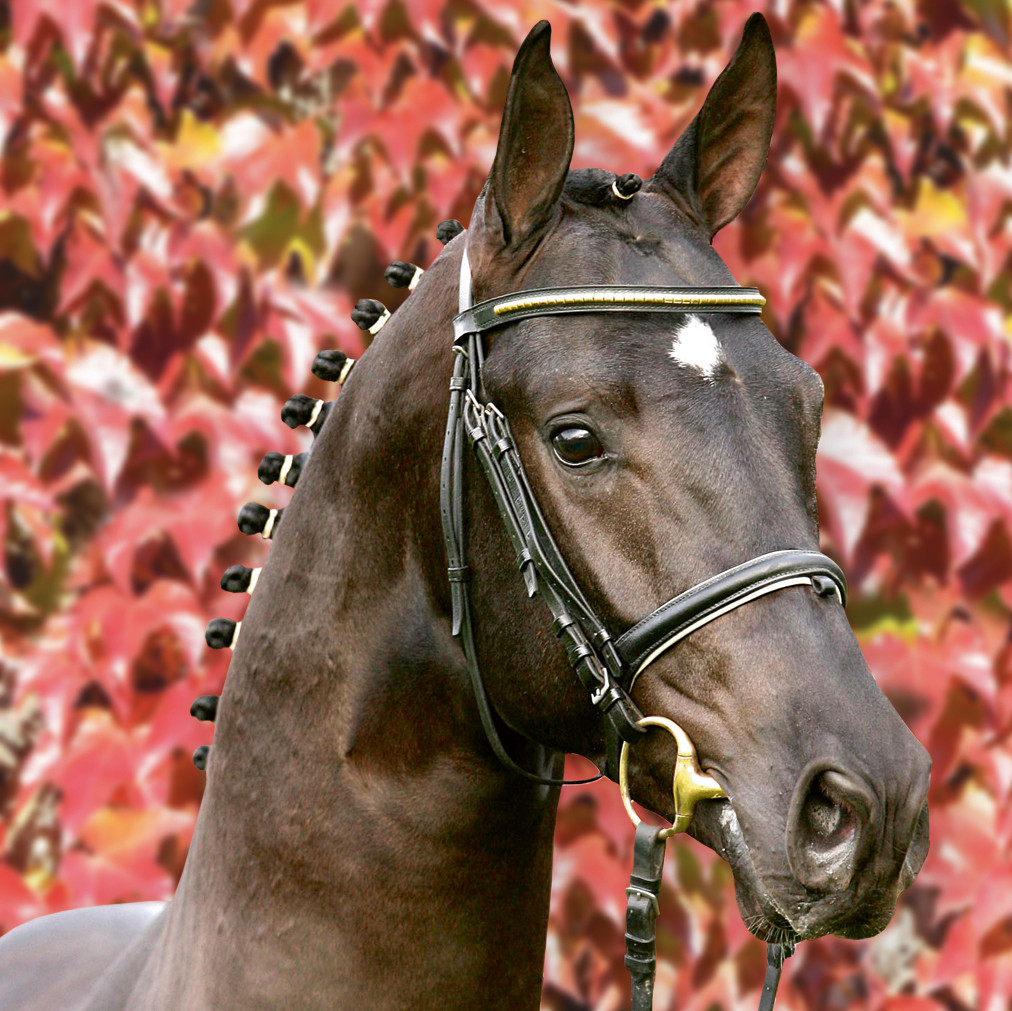 About - San Amour is fascinating the spectators with his breath-taking trot. He is an exceptionally dynamic mover with uphill gaits and has lots of activity behind whilst always allowing the movements to swing through his entire body. He is an ultra-rideable stallion, and his pedigree is full of top-quality, influential sires.

Performance - San Amour was the dressage champion of his performance test, twice scoring 9.5 for his rideability. He achieved a fantastic overall score of 126.49. He was a premium stallion at Vechta, and was the price highlight of the ensuing auction. He was awarded the Hauptprämie in recognition of his outstanding first crop of foals, and in the same year he qualified for the Bundeschampionat, and was placed in the final.

Sire - Few stallions become legends in their own lifetime, but Sandro Hit can be regarded as nothing less. He was Bundeschampion, World Champion of six-year-old dressage horses and trained up to grand prix. He has produced many auction highlights, more than 180 licensed stallions, amongst them several champion stallions, and more than 50 grand prix horses. The Rio 2016 Olympics were especially impressive for Sandro Hit; Showtime FRH was part of the German gold-medal-winning team in dressage, and Santano II was team bronze medallist with Christopher Burton (Australia) in eventing, having led overnight after cross-country. Showtime finished sixth indiviually and has since won the Salzburg World Cup qualifier on a score of 85.2%. Santano II finished fifth in the final rankings, and has won four times internationally, including the CCI3* at Saumur.

Sandro Hit has produced twelve Bundeschampions; in 2016, Sisters Act completed the dozen when she became champion of four-year-olds. Since 2016, Sandro Hit ranks among the prize-money millionaires, with 167 descendants registering success at advanced levl, and he is currently third on the WBFSH Sire Rankings, having been in the top ten every year since 2012.

Damline - His dam Puppenfee, a stunning mover, was reserve champion mare and was granted elite status. She is a full sister to the approved stallion Pierrot Royal. San Amour combines the traits of the champion producer Sandro Hit with the proven Oldenburg Arusa dam line. Her sire Plaisir d'Amour has won many grands prix, grand prix special and freestyle competitions. Third sire Figaro is known as a producer of tough and versatile performance sport horses with top rideability. His innumerable offspring, such as Ludger Beerbaum's Figaro's Boy, have combined earnings of €940,000. Fourth sire Kronprinz xx infuses the pedigree with the coveted thoroughbred line in the fourth generation.

Progeny - In the Brilliant Ring at the 2011 Oldenburg licensing, four of the top six mares were by San Amour. His oldest offsping are now emerging at small tour level, among them the three licensed stallions Sinclair Jason, Sandbrink, and Solo Feliz. He has more than 30 licensed sons, including the very popluar Santo Domingo. San Amour I passes on his type and temperament to his offspring, and is ideal for those wanting to improve the rideability of their mares. He has several offspring at grand prix including West Side Story, Sinclair Jason, and Sandro D'Amour.