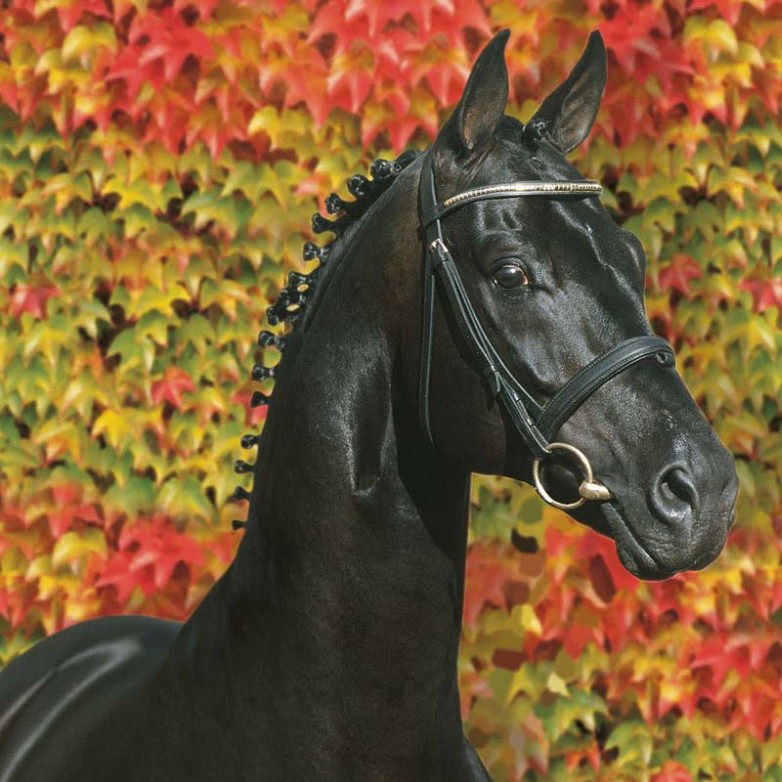 
Terms  - €1500+VAT, allowing unlimited attempts with frozen semen, for one named mare in one breeding season. If the mare is certified not pregnant before the end of September then a 50% credit applies to spend on a Schockemoehle / Helgstrand covering the following year. If the first AI of the year is July 1st or later, the credit the following year is 100%.

About - Sandro Hit is a top sire who produces absolutely first rate offspring. He has stamped his qualities on a whole era of modern horses, producing beautiful progeny with dynamic cadence. His sons and grandsons pass on his excellent genes and their offspring include many top competition and breeding horses. He is a groundbreaking stallion who is influencing dressage horse breeding the whole world over. Sandro Hit foals and horses are regularly sold at auction for prices in excess of €100,000. Sandro Hit is a mordern, elegant stallion with a harmonious topline, well-developed frame and strong limbs.

Performance - Having been destined for a career in jumping, Sandro Hit was turned to dressage after a disappointing performance test - a stroke of luck for dressage breeders! He was Bundeschampion and World Champion as a six-year-old in 1999, dominating both competitions from start to finish. Sandro Hit was immediately retired to stud with nothing more to prove.

Sire - Sando Song was a grandson of winning racehorse Sacramento Song xx, bringing in that all-important dash of Thoroughbred to refine the pedigree. He competed at intermediate level dressage and jumping himself. Sandro Song is one of a select few stallions that has been both champion of his licensing and the Hauptprämie winner (awarded to the best first crop of foals). Sandro Song is out of Antenne II by Gepard, who left a lasting imprint on Paul Schockemöhle’s mare band. Gepard was a son of the great sire of showjumpers, Gotthard. The grand-dam Antenne won numerous Grands Prix with George Ahlmann. Her sire, Adlerorden was a top jumping sire in Westfalia, siring stars like Argonaut 7 with Bernard Kamps.

Progeny - Sandro Hit is a top sire who produces absolutely first-rate offspring. He has stamped his qualities on a whole era of modern horses, producing beautiful progeny with dynamic cadence. His sons and grandsons pass on his excellent genes and their offspring include many top competition and breeding horses. One of the most outstanding examples is Sir Donnerhall, who also tops the FN breeding stallion rating (pictured in the last image with Sandro Hit). Sandro Hit's son San Amour won the Hauptprämie title by a wide margin, while his full sister, Victoria, won the Oldenburg Regional Championship.

Ten of Sandro Hit's progeny have followed in his footsteps by winning the Bundeschampionat. His offspring are competing in advanced level dressage and Salieri OLD has won several international Grand Prix with his rider, Victoria Max-Theurer. The Rio 2016 were a showcase for Sandro Hit; his son Showtime FRH was part of the German gold medal-winning team, and sixth individually, while Santano II was team bronze medallist in eventing for Australia, finishing fifth individually having led overnight.

His daughter Poetin is one of his most famous offspring; World Champion and double Bundeschampion, scoring a perfect 10 for her trot, she was sold for a record-breaking €2.5million at the 2003 PSI Auction.