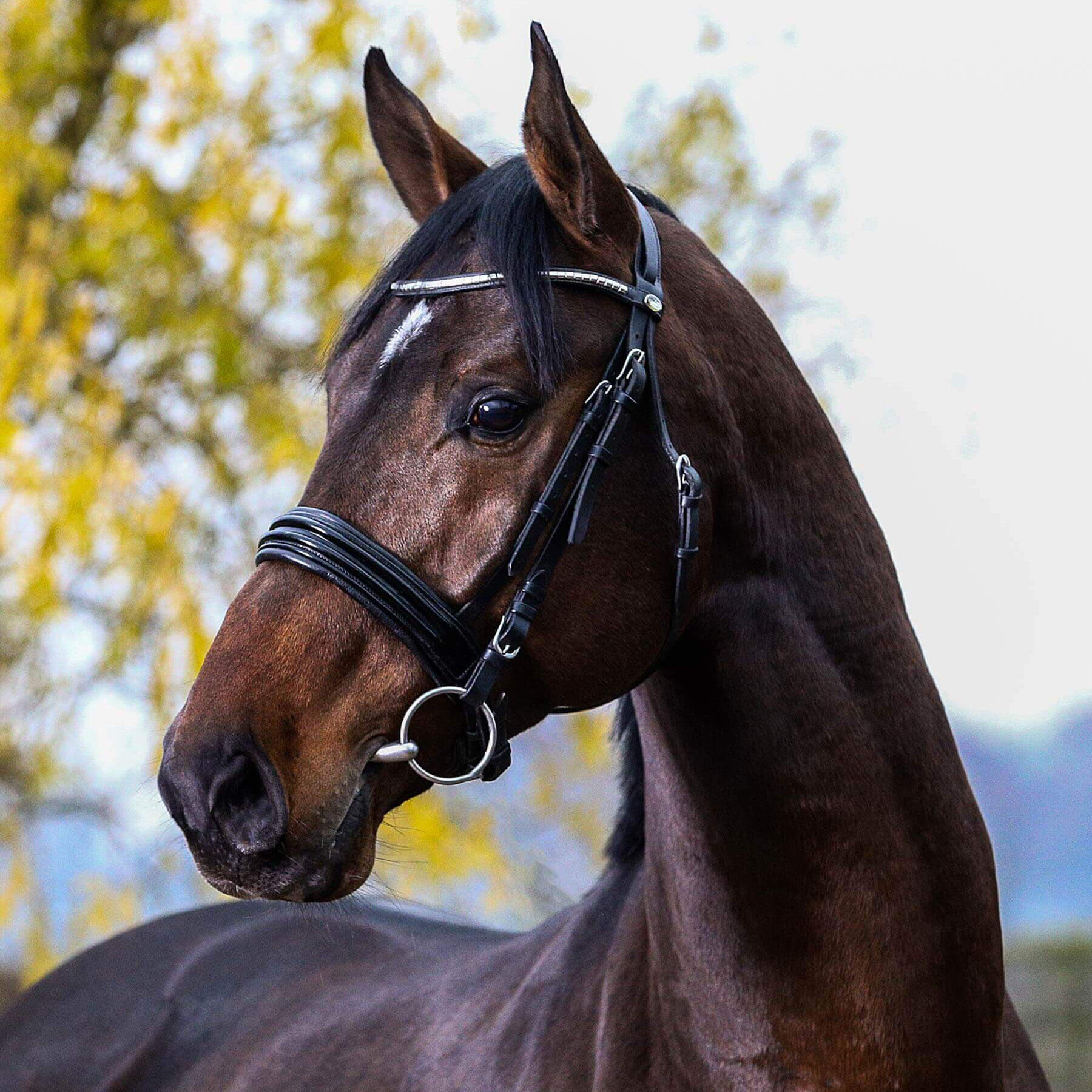 
Terms - €900+VAT for unlimited attempts with chilled on one named mare in one breeding season. If the mare is certified not in foal by the end of September, €650 + VAT will be refunded.

About - Spectacular scope with the best technique, three very good basic gaits, the best rideability values, a spotless look and an ideal character complete the overall impression of Sixpack.  He has a fantastic attitude and willingness to learn and presents as the model student under the saddle and in his first jumping-course. The best rideability values, characterized by easy handling, willingness to perform, natural balance and good body awareness make Sixpack a sport partner that promises fun.

Performance- This glowing young stallion, from the breeding of Bonhomme stud, inspired at his 14-day test in Adelheidsdorf in 2019, where he became reserve champion. There he received the dream score 10.0 for his excellent free-jumping. The final score with emphasis on jumping was 9.40, so, the final overall score was 8.68. Sixpack received the following subscores: 9.25 for character, 9.0 for temperament, 9.5 for willingness to perform, 8.9 for canter, 8.0 for rideabiltiy and 10.0 for free-jumping.

Sire - Sixpack’s sire is Schenkenberg who succeeded internationally up to advanced (S) class. In view of Sixpack’s excellent debut as sire he followed Schenkenberg’s track. He comes from his first crop. Schenkenberg completed his 30-day test in Münster-Handorf in 2014. There he received only top scores for free-jumping and basic gaits with emphasis on jumping. In 2016 Schenkenberg celebrated a highly successfull season in sport. Many times he won in tests for young show jumpers up to medium (M) level and qualified for the Bundeschampionat for young show jumpers as well as for the final of the Hanoverian championships. Also in 2017 he confirmed his great athletic talent.

Damline - The dam’s sire Calido is certainly one of the most successful Holsteiner sires: 78 licensed sons as well as 350 progeny, who collect ribbons in classes up to advanced (S) level winning more than 4 Mio. Euros in prize money, give prove of Calido’s heredity power. In his third generation Landgraf I, rounds the pedigree.He influenced decisively the Holstein breeding by producing 102 licensed sons including significant trademark stallion such as Achill-Libero H, Lancer I-III or Landadel. Then, in fourth generation, Manometer xx brings the precious Thoroughbred-blood into the sporty pedigree of Sixpack.

Sixpack originates from the Holstein dam line 317 A, which is known for numerous licensed stallions and many 1.60m successful show jumpers including the int. CSI5* show jumper For Germany/Marcus Ehning or Lausbub/Achaz von Buchwald.