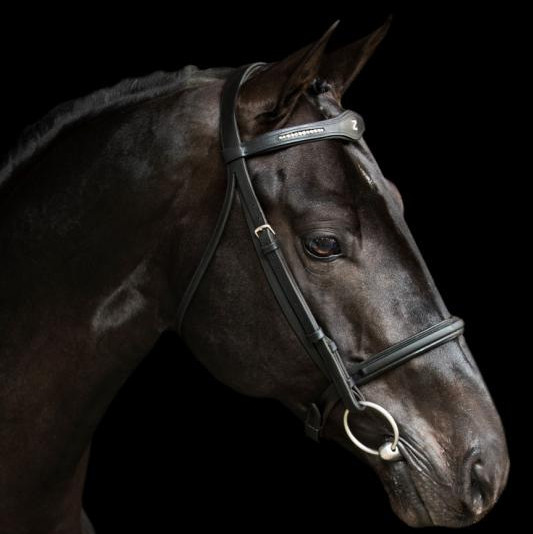 
Terms - €1600+VAT for up to three attempts with frozen semen in one breeding season, allowing registration of one foal. A contract must be signed with Zangersheide before use and no refund or credit applies if the mare is not in foal.

Limited frozen is available but in accordance with the contract insemination can only take place on site at Elite Stallions, Devon.

About - One of the reliable fixtures in Christian Ahlmann's sports stable is Solid Gold Z. An exceptional "black pearl", the now 11-year-old Solid Gold Z joined Studfarm Zangersheide when he was 2 years old and has been held in high esteem by breeders and riders ever since! The roots of Solid Gold Z have been firmly planted at Zangersheide for much longer because grandmother Lucinda Z was bred by Léon Melchior and born at Zangersheide. She is also the mother of the 1m60 jumping Gastronom de Hus and Rimini Z.

Performance - Solid Gold Z's international career got off to a fantastic start in 2018 when he became world champion under Christian Ahlmann with the 7-year-old showjumpers in Lanaken. After that it only crescendoed and the duo won at the GCT in London, won the World Cup of Abu Dhabi and shone in Sharjah, Madrid, Salzburg and at dozens of other prestigious competitions!  SOLID GOLD Z - Level 1.60m - €255,555

Sire - His sire, Stakkato Gold (Hann, 2001, dark bay, stallion by Stakkato) Approved for: Hann, Holst, Old, OS - Level 1.50m - Jan Sprehe (DEU) needs no introduction, he was “Hanoverian Stallion of the Year 2015” and at the same time he has been the absolute number one of all German sires in FN's predicted breeding value statistics for several years. Stakkato Gold – encapsulates modern jumper breeding in a nutshell.  He reached international recognition in shows and as a sire while he was still young. He was the best jumper stallion at the Hanoverian licensing in Verden in 2003. He again proved his outstanding talent for jumping at the 30-day test in Prussendorf in 2004 where he was awarded the maximum score of 10.0 several times. In his very first show season in 2005, Stakkato Gold won and placed with the best in tests for young show jumpers. He continued in 2006, again winning or placing near the top up to medium (M) level and qualified for the Bundeschampionat. Later he was highly successful at advanced (S***) level. In 2009 he won the final of the Youngster Tour in Neumünster under Jan Sprehe and placed in many competitions, e.g. in Dortmund, Nörten-Hardenberg, Assen/Netherlands, Oldenburg and Gera.

Progeny- Solid Gold Z did not skip a beat. His offspring are loved for their qualities as modern sport horses. He is a true breeder who invariably passes on his type, blood and intelligence.