Full brother of the Swedish five- and six-year-old champion 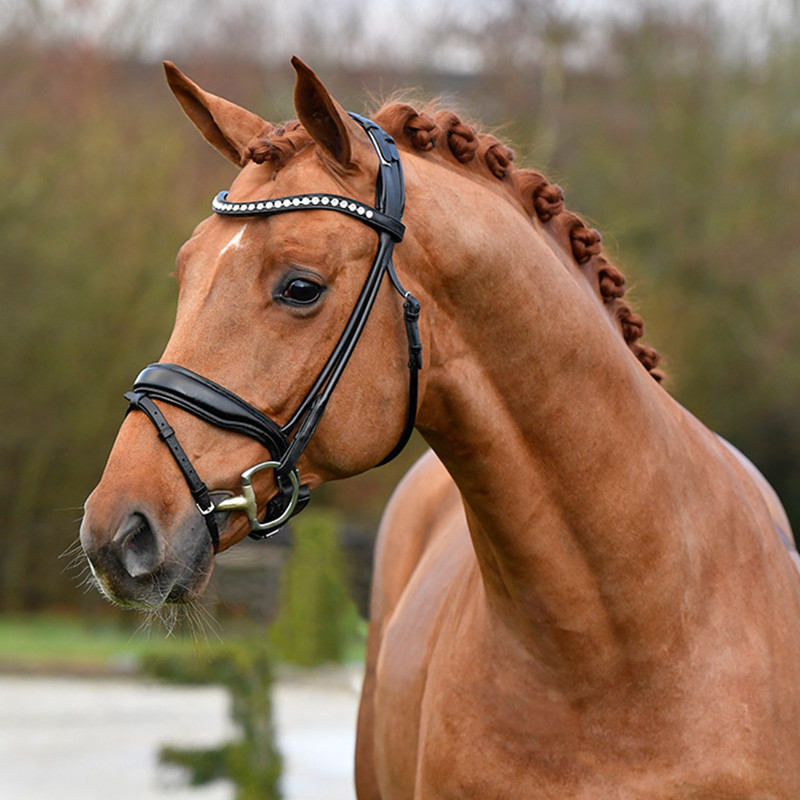 
Terms: €1300+VAT for unlimited attempts with chilled semen for one named mare in one breeding season. If the mare is certified not in foal before the end of September, then you get a 50% credit the following year to spend on any stallion from the same stud. If the first AI of the year is 1st July or later, your credit in the event of no pregnancy is 100%.

About - Springbank is an expressive young horse, with fantastic, loose movement and a ground-covering stride. He has a lot of power, a very quick hindleg and a lovely head and neck.

Sire - Skovens Rafael was awarded a premium at his own licensing and in 2008 was 4-year-old Champion Danish Dressage Stallion, on a score of 9.10, ahead of top horses such as Blue Hors Zack and Donna Unique. At the age of five, Skovens Rafael continued his string of victories by winning the dressage stallion class in Herning scoring several 10s, and at the qualifier for the Danish Dressage Championships, he and Lotte Skjærbæk scored a record-breaking 97%. As a five- and six-year-old he was selected to represent Denmark at the World Young Horse Championships in Verden, finishing 7th as a five-year-old and 8th as a six-year-old. Rafael began his grand prix career in May 2017, scoring over 65% on his first attempt at the level. Rafael's sire Romanov also produced Hønnerups Driver, who was World Champion as a five-year-old and is also out of a Don Schufro mare. Skovens Rafael has since competed successfully at international small tour level with scores over 70%, and at the 2012 Danish Young Dressage Horse Championships, three 4-year-olds out of his first crop placed in the top ten.

His damsire De Niro is currently regarded as one of the most successful, living dressage sires worldwide and top of the WBFSH sire rankings in 2016 for the fourth time. In Oldenburg he was I-a main premium winner, he successfully made his dressage Grand Prix debut at the age of seven, won the "Blue Band" at the German Derby in Hamburg as well as at the German Championship for professional riders twice. In 2008, he was proclaimed "Hanoverian Stallion of the Year", and has produced already more than 76 licensed sons in Germany alone. His offspring include Desperados FRH, D'Agostino, Dablino, Delgado, Danone I, Glock's Voice, Super Nova II, Der Designer, Dancier and Don Deluxe.

Third sire Rohdiamant, appearing for the second time in Springbank's pedigree, was a grand prix competitor himself and is renowned for passing on a good temperament and rideabilty.