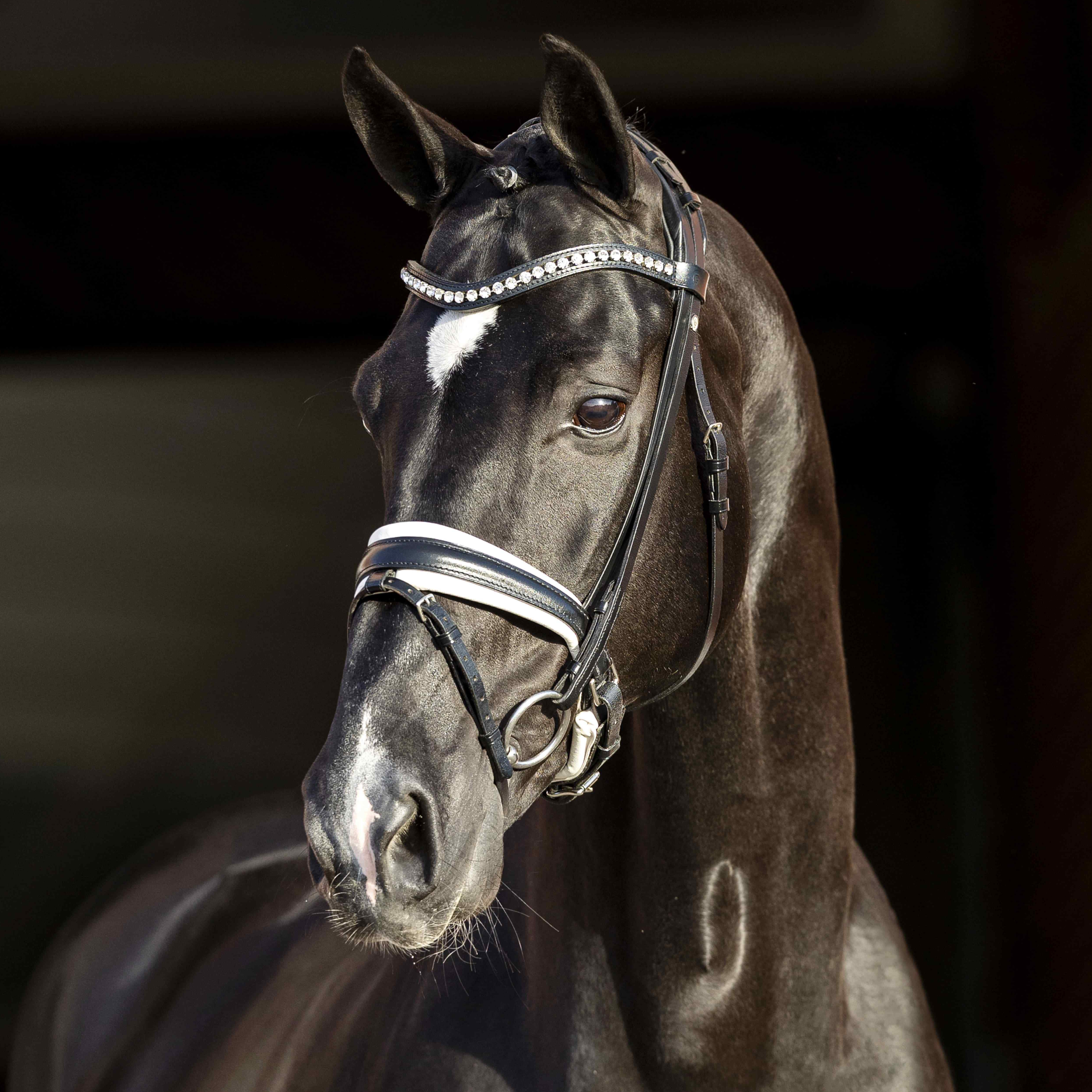 
Terms: €1500+VAT for unlimited attempts with chilled semen on one named mare in one breeding season, if the mare is certified not in foal by the end of September €800+VAT will be refunded.

PLEASE NOTE: Blue Hors St Schufro is collected on Monday, Wednesday, and Friday only and orders need to be booked before 8am for delivery the following day.

About - St. Schufro is an exciting stallion who is already meeting the high expectations placed upon him. He has three oustanding basic gaits, and is a modern, light-footed type with an impressive freedom of the shoulder.

Performance - Awarded a premium during the Hanoverian licensing at Verden in 2013, St Schufro became the price highlight in the auction afterwards, selling to Blue Hors for €580,000. In the autumn of 2014, he did a very good 35-day performance test, which he won with 864.5 points. He got the top mark of 9 for his canter, and a 9 from both the judges and the test rider for his rideability. St. Schufro won the qualifier for the Danish Championship for 4-year-olds at Vilhelmsborg, with the highest score in 2015. The scores were: trot 9.2, walk 9.8, canter 9.8, rideability 9.5, and potential 9.8, for an exceptional total of 9.62. In 2016, he won the qualifier for the championship again, this time for 5-year-old horses.

In 2019, St. Schufro made his international debut at Uggerhalne under Nanna Skodborg Merrald, winning both the PSG and Inter I classes on scores of +77% and +74%, streets ahead of their nearest rivals. His rider said, "he is always trying his very best in the training, and always totally ready to do the job. His strengths are first of all his mind; he is a very fast learner and he is always focused at the riding, and then he has a lot of talent for the piaffe-passage."

Damline - St. Schufro’s damsire Don Schufro won Olympic bronze under Andreas Helgstrand as part of the Danish national team in 2008. He is the sire of Rio 2016 Olympic individual silver medallist Weihegold OLD, who has won five World Cup qualifers in the space of a year, twice scoring +90%. Third sire Atatürk produced outstanding horses in both dressage and show jumping. The dam line of St. Schufro produced several licensed stallions, among them Aderlass, champion stallion in Hanover in 1971, Lindberg, and Campbel Czech, as well as several successful advanced level dressage and jumping horses.

Progeny - Among St. Schufro's early foals is St. Souci, who won the coveted 'Filly of the Year' title at the Blue Hors foal championship show in 2015. His foals move well and are of a beautiful, modern type, and a licensed son was already sold for €400,000 at the Verden auction.