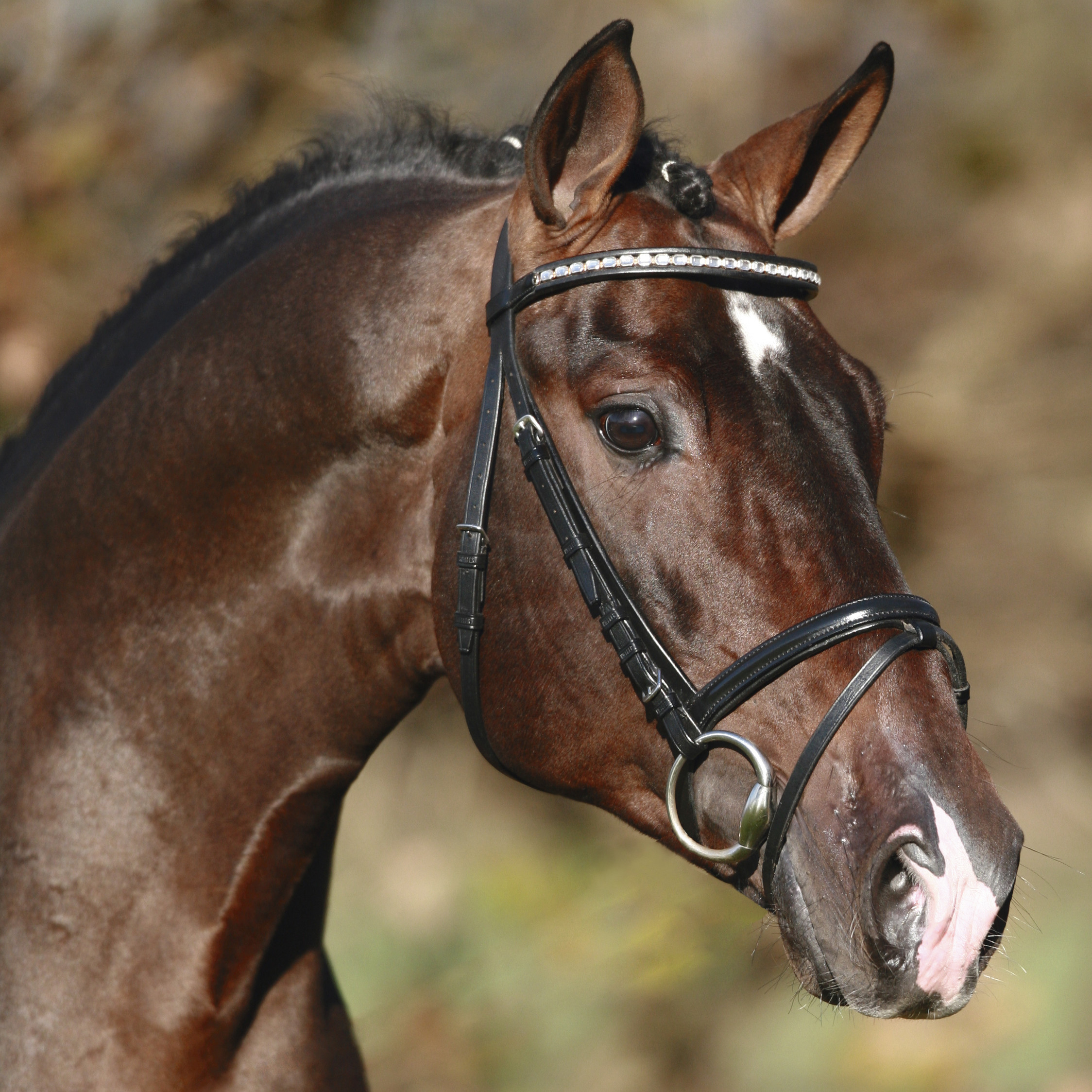 
Terms - €1600 + VAT for unlimited attempts with chilled semen, for one named mare for one breeding season. If the mare is certified not in foal by the end of September, €1000 +VAT will be refunded.

About - Stakkato Gold is one of the top modern jumping sires, who was successful internationally before being retired for breeding through injury.

Performance - Stakkato Gold was champion of the jumping stallions at his licensing, and at his 30-day test in 2004 he scored 10.0 for his jumping ability, with a total score of 9.33. In his first jumping season, Stakkato Gold jumped in elementary and medium classes, scoring up to 8.7 and easily qualifying for the Bundeschampionat. The next year, he won his qualifier in Mepppen with a score of 9.0 - a rare achievement. His father Stakkato amazed the qualifier in 1998 with a score of 9.9 - never before awarded. Stakkato Gold was placed in many advanced competitions, and won the prestigious Young Horse Final in Neumünster under Jan Sprehe. He jumped up to 1.50m internationally, place fourth in the CSI2* in Oldenburg, before retiring to stud.

Sire - Stakkato had a successful international career under Eva Bitter until the age of 18, and he is eye-catching as a sire of international showjumpers. He jumped on the Nations Cup team at St. Gallen and was placed and recorded clear rounds in numerous classes at 1.40m-1.50m level. Stakkato's sire Spartan adds the sought-after blood of foundation sire Gottard, while his damsire Pygmalion was one of four licensed sons from the same mare. Stakkato is the sire of more than 40 grand prix jumping horses and almost 100 licensed sons. Stakkato was the top-ranked sire of the German FN for twelve consecutive seasons, while Stakkato Gold himself has been ranked number one twice.

Damline - The dam sire Werther is a solidly impressive stallion, reliable for performance; the dam Wertherroschen had a successful jumping career, including second in the Grand Prix of Moorsele under Edwina Tops-Alexander, before Billy Twomey took over the ride and jumped her successfully in international classes in St Tropez, Monaco and Cannes. Third and fourth sires Libero H and Calypso II jumped internationally, with Libero H reaching grand prix, and the mareline has produced the stallions Vesuv, King Julio, Cardentos Dree Boeken, Goldeneye, and Dirano.

Progeny - Several of Stakkato Gold's earliest crop are now jumping at grand prix level, including the licensed son Seal 5, and the American star Silence, placed on the podium in several World Cup classes in 2014 - the same year, Stakkato Gold jumped 34 places to rank 4th in the USEF Sire Rankings, largely due to Silence's success. He has more than 15 licensed sons, among them the premium stallions Self Control, Stargold, and Springfield.