An outstanding son of Stakkato and sire of grand prix horses 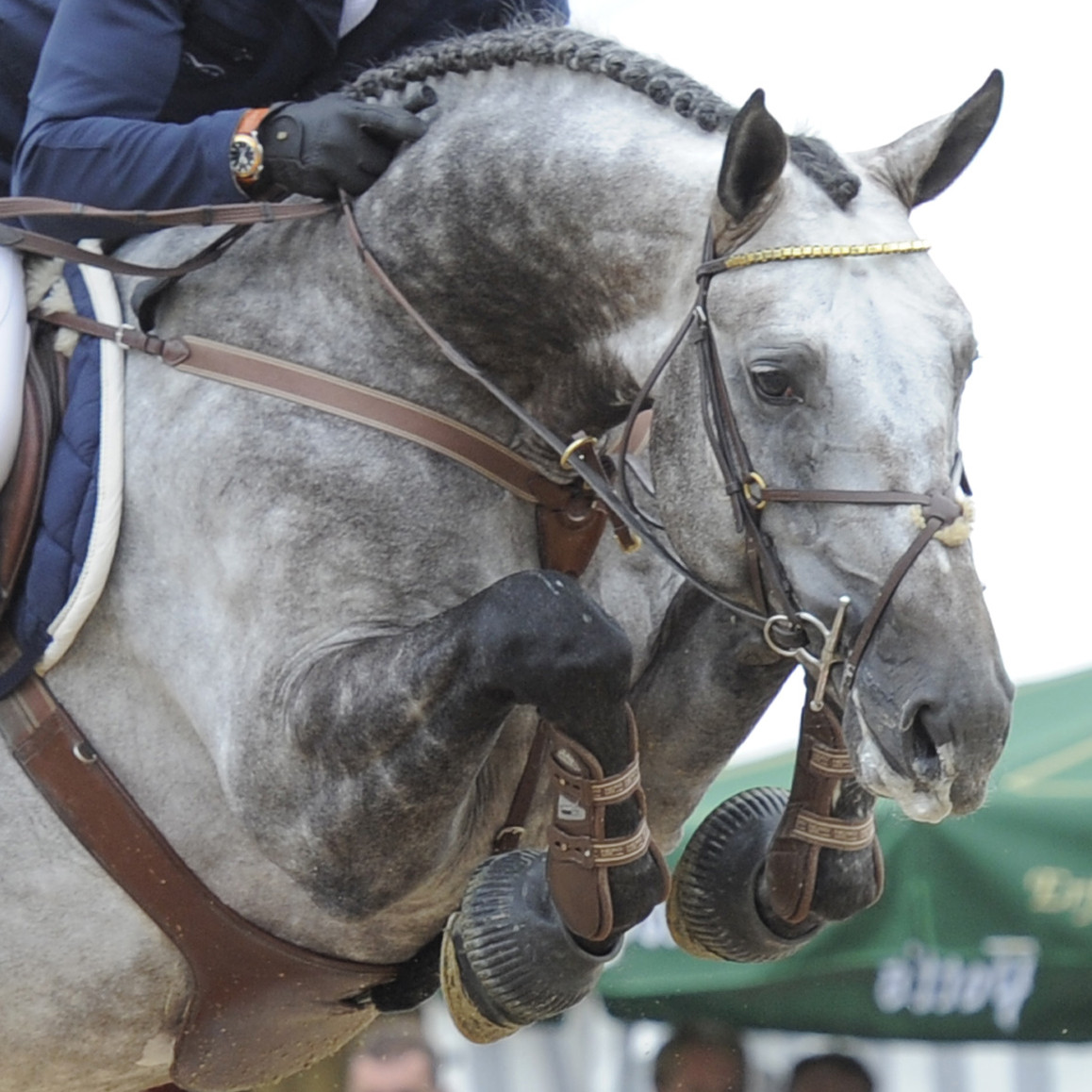 
Terms - €1350+VAT, allowing unlimited attempts with frozen semen, for one named mare in one breeding season. If the mare is certified not in foal by the end of September, €1000+VAT will be refunded.

About - Stakkatol has great scope, the right attitude and good rideability. He was successful in sport before suffering a career-ending injury before he could reach his full potential. In his time he sport he showed himself to be incredibly scopey, brave and careful, with all the necessary qualities for a top level sport stallion. He has made his mark through his outstanding offspring, having been first used on Schockemöhle's own mares, and now widely available to the public. Stakkatol is best suited to a blood-type mare.

Performance - He was successful in show jumping classes and completed the requirements for licensing by qualifying easily for the German national championships. He jumped successfully at advanced level, and had many wins and placings before his retirement.

Sire - His sire Stakkato dominated the FN show jumping breeding valuation from 2001 to 2012. Stakkato won the 1998 Hanoverian show jumping championships as well as the Bundeschampionat the same year. In 2003 and 2010, he won the German Ladies' Championship under Eva Bitter, won the 2004 Vice Champion title and competed successfully for Germany in Nations Cups. In 2007, he was Hanoverian stallion of the year.

Damline - His dam Caroll was also successful with Sören von Rönne up to advanced level classes. She is a daughter of Capitol I, whose offspring are successful in international sport; more than 200 of them had success at advanced level show jumping alone. Caroll's dam Lolita was herself successful at 1.30m level show jumping and produced various successful show jumping horses. Her sire Liguster was champion stallion of the Holstein licensing in 1972. Stakkatol results from the pure thoroughbred line 13 A (Holstein line 8795), starting with the outstanding line founder Pix As xx in the fifth generation. This line has produced great sires for various Warmblood studbooks, including Welsh City xx, Schwarzgold, Camaro, Canzler, and many more.

Progeny - Stakkatol has been strongly represented at the Bundeschampionat with numerous extremely successful offspring. His oldest offspring are now beginning to jump at grand prix level, among them Stackfleth, who is jumping in the USA under Pablo Barros for Venezuela, and won the grand prix at Kentucky Horse Park in 2016. More than 40 of his offspring are successful in sport.

Stakkatol's daughter, Stalognia (damsire Chacco-Blue), was described by Paul Schockemöhle as "the best horse I have ever bred" when she sold for €1.7million at the 2015 PSI auction. The previous year Stalando (damsire Lando) placed well at the final of the Bundeschampionat and was the top priced PSI auction lot.