A beautiful son of the great Totilas. All three gaits are nothing but outstanding and this large framed chestnut steals your heart at first sight. 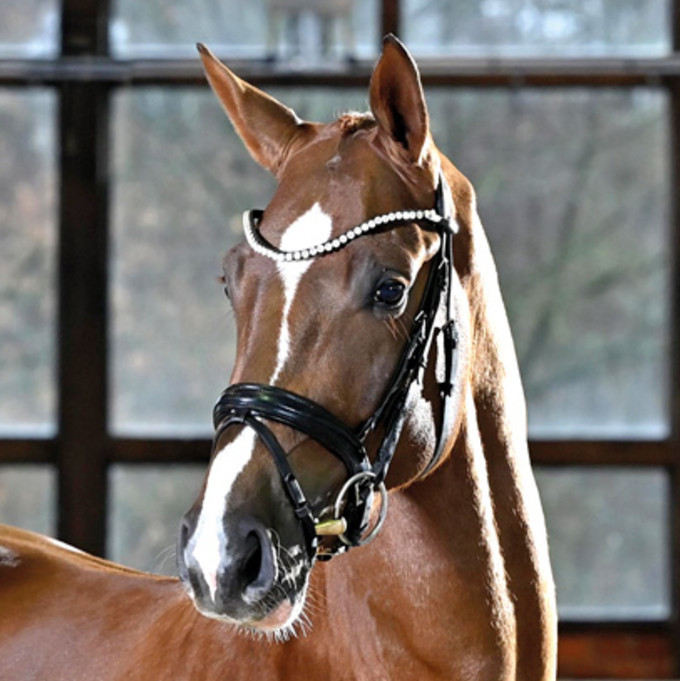 
Terms-  €900 + VAT for unlimited attempts with chilled semen in one breeding season.If the mare is certified not in foal by the end of September, then a 50% credit applies the following year to spend on any stallion from the same stud. If the first AI of the year is July 1st or later, the credit the following year is 100%. If the following year also results in no foal, the credit for the next year will be 50% or 100% (depending on the date) of the top-up fee paid in the second year only.

About-   Take That is a wonderfully presented son of the unique Totilas. This large-framed chestnut stallion captivates from the first moment.

Damline - Mother father Danciano started his career as Hanoverian premium stallion and performance test champion (8.48). With 8.91 points he received the second best score with emphasis on dressage, his trot got marked with the dream score of 10 points. Four years of age, he won the silver medal at the Hanoverian Championships in 2014. Danciano is schooled up to advanced level.
Danciano‘s offspring step into the limelight. DSP Danny Cool, participant at the World Championships in 2021, was National Young Horse Vice Champion and Southern German Champion of the five year old horses, after reaching the finals of the four year old horses the previous year. Daktari K won the bronze medal at the German National Championships in 2018.
Danciano‘s father Dancier provides the valuable blood of De Niro for Take That‘s pedigree. Dancier was Hanoverian champion in 2004 and predominant overall and dressage champion of his stallion performance test in Adelheidsdorf in 2005. He was awarded the Freiherr von Stenglin-Preis as well as the Burchard Müller-Preis for best stallion of his year in 2006. In 2014, Dancier received the renowned Grande Preis.
Danciano‘s mother Rodney‘s Girl is full sister of licensed stallion Rood Vander, who is successful up to Intermediaire I with rider Martina Hannöver-Sternberg.
The great dam line provided the stallions Wolkentanz I and II as well as Chasseur II, champion of his licensing and German National Young Horse Champion 1994 as well as further highly successful sports horses, among other in dressage Fidelio-B OLD by Fürst Heinrich (Charlotte Rummenigge), Special Edition by Sir Donnerhall, Ducati by Donatelli and the show jumper Wiener Domspatz who is internationally successful with rider Ludger Beerbaum.