A modern, supple son of the legendary Totilas 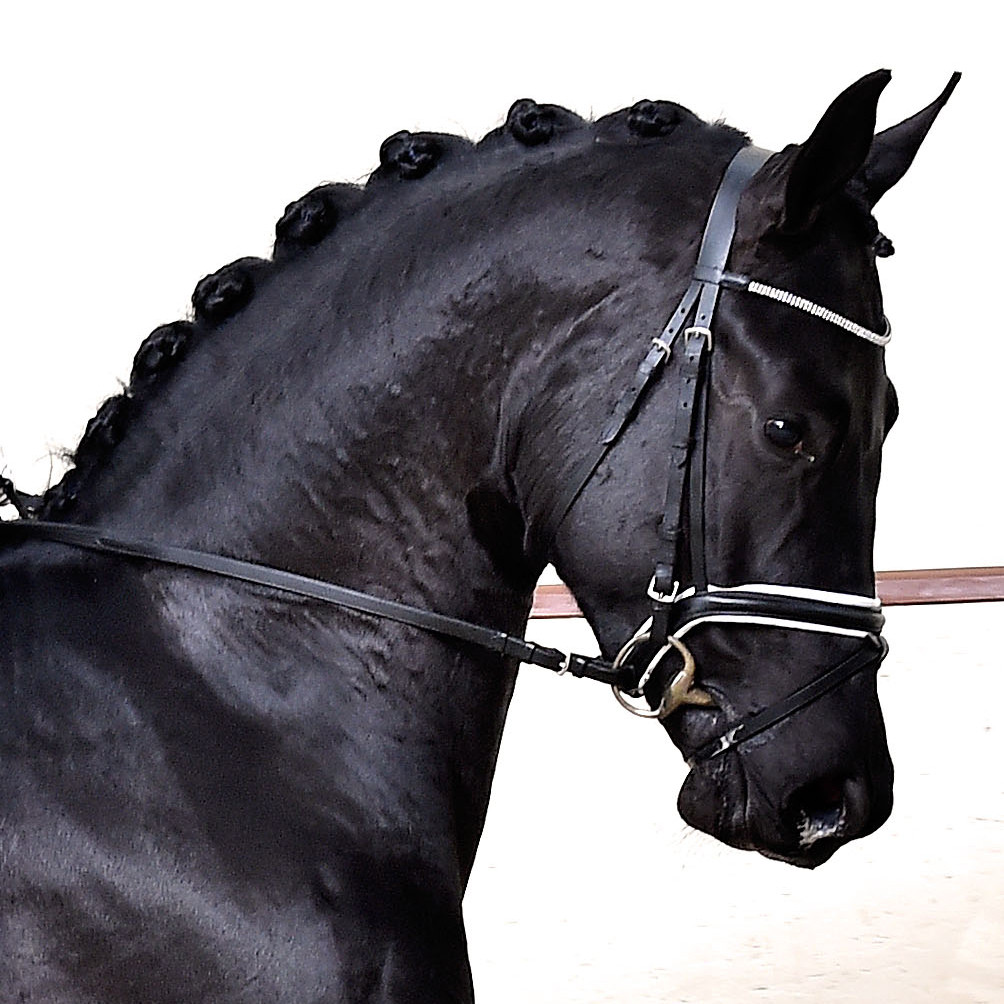 
Terms -€1000+VAT allowing unlimited attempts within the season on one named mare with frozen semen.  If the mare is certified not in foal before the end of September then a 50% credit applies the following year to spend on any stallion from the same stud.  If the first AI of the year is July 1st or later, the credit the following year is 100%.

About - Top Gear has three first class basic paces, which are well-connected over a swinging, supple back, and he shows good rideability.  He is of a very modern type, coupled with an excellent limb structure and a large frame, a correct base and correct conformation.

Performance - He was Reserve Champion of his 2014 Oldenburg licensing, beaten only by Morricone. His 30-day performance test in Schlieckau was very successful; Top Gear finished in the top group of the strong field of candidates with outstanding marks, including a 10.0 for his character and 9.75 from the test rider. He has made a gentle start in competition, winning several dressage classes.

Sire - The sire Totilas has revolutionised the dressage sport in recent years. He was European Champion in Windsor in 2009, won three gold medals at the World Equestrian Games in Lexington in 2010 and set several world records. With Matthias-Alexander Rath he won the Grand Prix Special at CHIO Aachen in 2014, ahead of Charlotte Dujardin and Valegro. He has so far sired more than 20 licensed sons, of which several have been awarded premium. His son Trafalgar won the stallion class at the 2017 KWPN licensing.

Damline - The dam Dosalla is a daughter of the Hanoverian licensing champion Don Frederico, who participated in the finals of the Bundeschampionat, and has won numerous advanced level dressage competitions. For this outstanding combination of breeding and sporting success, he was awarded the 'Grande-Preis' in 2009, and in 2012, he was honoured as Hanoverian Stallion of the Year. The grand dam Saniza produced two licensed sons: Rosandro, by Rosario, and Royalist, by Royal Hit. Third sire Sandro Hit, World Champion and Bundeschampion, has made a name for himself as a dressage foundation stallion within his own lifetime; he has sired more than 180 licensed sons and more than 100 of his daughters were awarded state premium. In the fourth generation of the pedigree comes Espri, yet another performance sire, whose sporting progeny, such as dressage team World Champion Elvis, and the dual show jumping World Cup winner, the infamous E. T., have collectively won more than €2.5million in prize money.

Progeny - The progeny of his first crop of foals were awarded premium almost without exception. They are tall, leggy foals, of a modern type and with outstanding movement.